In 1656 the English mathematician John Wallis published Arithmetica Infinitorum, which included important ideas that contributed to the development of calculus and an interesting way to find the value of π, called the Wallis Product.

This month, mathematician Tamar Friedmann and physicist Carl Hagen released a surprising new proof of the Wallis Product, arising from an analysis of the energy states of the hydrogen atom.

This Forbes article goes into some detail about the quantum mechanics involved in this new proof: How Pi Connects To Quantum Mechanics.

Some background on Wallis Product 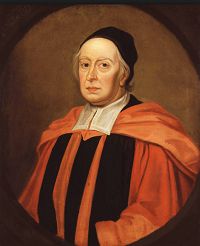 Wallis was around 30 years older than Isaac Newton, and his contributions to Newton's later work on calculus were substantial.

Here's an excerpt from one of Wallis' most important works, and one most relevant to this month's new proof of his work: 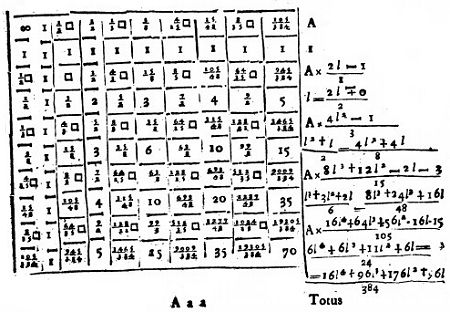 A page from Arithmetica Infinitorum. The square symbol stands for 4/π, the ratio of the area of a square to its circumscribed circle. [Image source]

One of the holy grails of 17th century mathematics was to find a solution to the "quadrature of a circle" problem (an attempt to construct a square with the same area as a given circle, using straight edge and compasses only.) 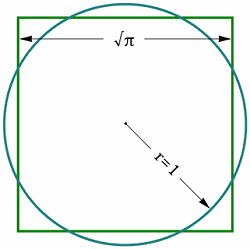 Quadrature of the circle problem. How to construct a square of area π? [Image source]

In a section on finding the area of a semicircle by integration, Wallis states an interesting result involving the product of fractions.

Let's look at that result (now called the Wallis Product) one step at a time. It starts with the following product of fractions:

Next we take that result and multiply by another fraction in the same pattern, 16/15:

Another step, continuing in the same pattern:

The fraction we multiply by gets closer to 1 for each step, and if we keep going, we'll find the value of our fraction products doesn't get any higher than:

In general for this product, we would write (using product notation): 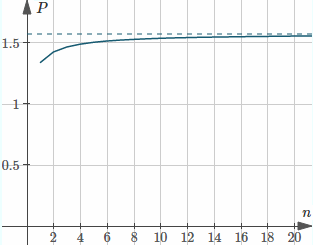 So Wallis' Product can give us a good approximation for π.

Here's the way he wrote it in his original publication (it's in Latin, of course, since that was the lingua franca for scientists and mathematicians of the time): 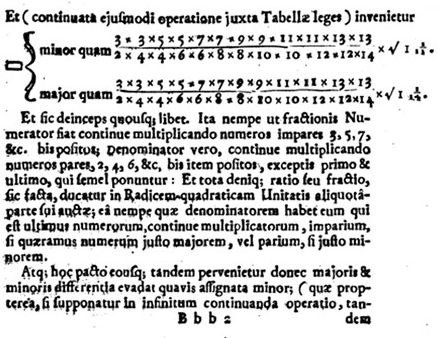 Another page from Arithmetica Infinitorum. The fractions at the top are involved in the Wallis Product. [Image source]

The new proof arose out of a consideration of the energy state of the electron in a hydrogen atom.

You can see the full details in the article I mentioned before: How Pi Connects To Quantum Mechanics.

Other achievements by John Wallis

Negative powers: Apart from his contributions to the development of calculus, Wallis was also responsible for the handy notation we use today involving negative indexes giving us powers of fractions, as follows:

(There is some controversy regarding that last equality. See Is cube root the same as raising to power 1/3?.)

Infinity: In an earlier work, Wallis gave us ∞, the symbol we use for infinity.

Analytic treatment of conic sections: The infinity symbol was introduced in one of his other key contributions, the idea that conic sections could be defined analytically. That is, when we cut a cone by a plane at various angles, we get conic sections. (See this Conic Sections Summary.) The formulas we know today for those conic sections are due to Wallis' insight:

Each of these have been described using x- and y-variables, up to power 2.

John Wallis contributed to many areas of mathematics. It's neat that close to his 400th birthday (he was born on 23 November 1616), a new proof of his product-based approximation for π has been published, and that the proof arises from the study of quantum mechanics of the hydrogen atom.

Hat tip to reader Pi Po for bringing this new proof to my attention.