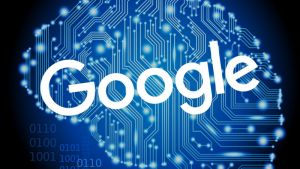 Google has been remarkably successful as a search engine due to its uncanny ability to (mostly) find the exact page we need in response to the questions we throw at it.

But that's because we ask similar questions most of the time, and those questions are fairly unambiguous (like "weather New York", or "formula for area of circle", or perhaps "flights to London".)

However, around 15% of all Google queries are novel (no-one has asked it before) and/or may require natural language interpretation (for example the question, "What time does it get dark in the Philippines?" requires an understanding of the term "get dark"). This has proved quite a challenge for Google (and its competitors), but like the rest of their approach, math has come to the rescue.

Google's Rankbrain is a new vector-based artificial intelligence approach to the problem of what natural language searches could mean. These "word vectors" are basically the result of assigning numbers to possible meanings of words. If the vectors line up sufficiently well, then that's probably what the query really means.

“Machine learning is a core transformative way by which we are rethinking everything we are doing.”

There could be some job opportunities in this going forward. (Google has hired many aritifical intelligence scientists over the last few years.)

b. Wallis, pi and quantum theory

Wallis contributed quite a few other mathematical insights, some of which I outline in this article.

I find a lot of people don't readily grasp the concept of semi-log or log-log graphs, so when they come across a statistical graph containing such axes, they complain it is "misleading" (They are used to the axes always having equally-space gaps.)

The puzzle in the last IntMath Newsletter asked about division of a factorial number.

Correct answers with explanation were given by: Don and Tomas (who both used a software approach), and Francis, Salomon and Γιώργος Βαρελάς (Giorgos Varelas) (who enumerated all possible cases).

There were a few "traps" for the unwary in that puzzle, including the "factorial" sign (!) which some people missed altogether (understandable, sine it's not good math notation), and the "divide into" terminology.

For those who are still not sure what's going on, here's a simpler example: The number 5! can be divided evenly by 2 three times, since there are three 2's in the prime factorisation of 5!:

An ant on a sheet of coordinate paper starts at the point (3,4), proceeds
by a straight line path to the nearest point on the unit circle, and then
follows the arc of the circle to the point (1,0). How far did the ant walk? (Units are cm.)

5. Math movie: Randall Munroe: Comics that ask "what if?"

I've been a XKCD comics fan for some time since his simple stick figure cartoons are often thought-provoking and are often math-related. His tagline is:

A webcomic of romance, sarcasm, math, and language

(Some of the topics discussed may not be suitable for all ages. Make your own determination.)

He gets a lot of crazy questions from readers which he addresses in the What if? section.

Here's his TED talk about some of those questions, and his responses.

Today's quote comes from Butch Lovelace. It's for those of you who struggle to get going some days:

The most difficult thing is to just start the ball rolling. Once it starts, it's actually more difficult to stop it. [Butch Lovelace]