How to make math class interesting?

I received this question recently from reader Maria in the Philippines:

Pls give some tips on how to make math interesting to college students.

Well, Maria, it's not only college students that find math boring, so this set of suggestions is for all math teachers (and I hope students benefit from it, too!).

[Note about time needed: Most of the following suggestions will take time away from your normal curriculum. You need to make a decision - do I plow through all of the topics but leave my students bored and unmotivated, or do I spend some time getting them excited about math (and hopefully, motivated enough to go and fill in any gaps by themselves)?

Note about knowledge needed: The following are basic suggestions. Of course, you are encouraged to find out a lot more about each one before trying them out.]

Many math courses suffer from the following issues:

Some possible ways to fix this:

2. Start with concrete examples - leave the abstract concepts to later

Math is largely about abstraction. Mathematicians for centuries have thought about real problems and come up with practical ways to solve those problems. Later, they have generalized the process, usually presenting the solution using algebraic formulas.

When students have no idea what the original practical problems actually mean, how can they be expected to understand the abstractions of those problems (using the formulas)? 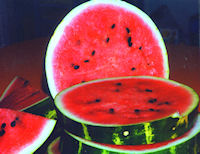 Use watermelons to teach calculus

Instead of starting each topic with a formula, start with concrete examples of the problems that were originally solved using that math. Then, help the students see how the math theory can help to solve such problems by showing them the thinking behind the solution.

One example of this approach is the watermelon volume problem at the bottom of this page: Volumes of Solid of Revolution.

Another thing to consider is these days students spend less time playing outdoors than they used to, so they have less experience to draw on when it comes to concepts like velocity, acceleration, gears on a bike, and generally how things work. So when we say "Imagine ...", students often find it hard to imagine what you are talking about due to lack of concrete experience with that concept.

This video about the FIRST program gives an idea of what's possible:

Most math lectures start with "Here's the new formula for today, here's how you plug in values, here's the correct answer."

Problem is, there's no attempt to motivate the learners.

It is good to pique curiosity with a photograph, a short video, a diagram, a joke, or perhaps a graph. This trigger should outline an interesting problem in your local area (so students can relate to it better and feel more ownership).

Here's one: Engineered Drought? (China will continue to face severe water shortages, This will have serious implications for the millions of people living in Southeast Asia, since China will either have to buy (or take) water.

Twenty Global Problems and Twenty Years to Solve Them

Of course, refer back to your various real-world problems as the students learn more and eventually, give them a chance to propose a solution.

4. Where you can, use computers to do the drudge work

Many math courses seem to be more about calculation rather than concepts. These days, it doesn't make sense for humans to spend hours learning how to calculate using complicated algebra.

Mathematics is no more computation than typing is literature.

And then this one, usually attributed to Albert Einstein:

For the vast majority of your students (who will not eventually become mathematicians), it's more important they understand the concepts and which process to use when confronted with different real problems. They then should learn how to use computer algebra systems (or graphics calculators) to solve such problems.

Use free tools like Wolfram|Alpha and Geogebra with your students. It's best to get the students to use these tools, but if there are a limited numbers of computers, at least demonstrate the tools.

They have little say in what the topics are (that's usual for most formal education) and the exact same assignments are given to everyone. It's not surprising there is little enthusiasm for such "one size fits all" approaches. 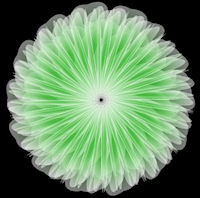 We are all creative, and we all enjoy being creative, but in most school systems creativity is discouraged. (See the excellent TED talk, Sir Ken Robinson: Do schools kill creativity?)

There are many ways we can encourage creativity in math. Technology is one avenue - get students to use creative means to describe a mathematical concept (it could be a video, an animation, a diagram or perhaps a concept map).

Such individualized assignments get them thinking about the bigger picture, encourages creativity, and is more likely to generate feelings of ownership than the normal mass-produced assignment.

Involve your students in the lessons! When we talk at them (especially in a 2- or 3-hour hour lecture), without encouraging any involvement from them, it's no wonder they switch off.

In your class, get the students to do meaningful activities. These could include:

Use clickers (or the good old low-tech hands up) to get feedback from them on:

Here's a good description of how this can work: Teaching math with clickers.

Consider this statement. Which is correct?

A boat carrying a large boulder is floating on a lake. The boulder is thrown overboard and sinks. The water in the lake (with respect to the shore)
1. rises.
2. drops.
3. remains the same.

For many students, math questions always come out of a text book or a worksheet. The questions are usually along the lines of "here's a word problem - take the figures, plug them into the given formula, do some calculation and move on to the next one."

But it's great to trigger the students into asking their own questions. This is more likely if the question is conceptual and interesting, rather than calculation-based. The above example (from Teaching math with clickers) is more likely to illicit a lot of genuine discussion than the normal text book question.

Here's another one from that paper:

There's quite a bit going on here. A lot of conceptual understanding can result - and no calculation is needed!

Once students get used to this level of conceptual question, it is more likely they will ask deeper, more meaningful questions about what is going on.

8. Get the students to pose their own questions

Students gain a lot of insight into math when they have to create their own questions.

One simple idea to get the students into this is to get them to write questions for the mid-semester test (say). You could assign sub-topics to small groups of students and get them to propose 2 or 3 questions. It's surprising how well this demonstrates whether students really do understand what they've been doing. It also lets them see math from a broader perspective.

Then, get them to share their questions around the room and solve them. Some of them may be impossible to solve - it can be transformational when they discuss what's wrong with the question and then feed back their conclusions to the question posers.

They could do this using Google Docs (or a wiki) so there is a record of the thinking and problem solving process.

This will seem a crazy idea to start with, since it's very unusual in math class. However, it can be very beneficial for learning. (Reflection is a key element in efficient learning.)

Students don't see the value of writing about their math thought processes at first, but once they see how it can help them clarify their doubts, they become more enthusiastic about it.

This short article includes some ideas on the kind of questions you can use to prompt reflection in math:

Here are some more good ideas:

How to encourage critical thinking in science and math

A very effective way to engage students is to get them to design and make something that involves math.

This can be creative and hands-on (yet another thing that's missing in many math classes).

It would be really powerful if the item they need to make is related to other subjects they are studying. This helps students work out the big picture and make connections between what they need to know.

This article has examples of summer projects that really should be happening in ordinary math class:

I hope that gives you some ideas for how to math math class interesting, Maria. These are just "seed" ideas. There are many examples on the Web and your library will have even more.

If you still need some inspiration, (and more examples) you can always look at the 700 or so articles on math in SquareCirclez:

Do any readers have more to add? Please use the comments box below.

See the 41 Comments below.

41 Comments on “How to make math class interesting?”