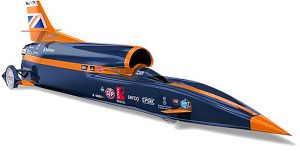 The Bloodhound Supersonic Car is being developed by the UK in an attempt to break a new land speed record of just over 1600 km/h. Its pencil-shaped body will experience forces up to 12 tonnes per square metre (in the nose tip, which will be made using 3D printing), and up to 50,000 times the force of gravity (in the wheels, which will spin at over 10,000 rpm, or 174 rotations per second). The wheels will heat up to nearly 100°C during the attempt.

The main aim of the project is educational:

The BLOODHOUND engineering adventure provides us with a once in a lifetime opportunity to inspire the next generation of scientists and engineers. To achieve this ambitious goal, the BLOODHOUND Education Programme will be made available to all pupils in primary and secondary schools, and to students in further and higher education.
[Source: Bloodhound SSC]

Their Education section contains resources for secondary schools and Universities.

There are also related Math Questions.

Now to an event that has more positive outcomes for our planet's future.

The World Solar Challenge 2015, held this month in central Australia, was won by Nuon Solar Team of the Netherlands. 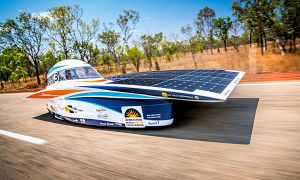 Teams from all over the world compete in a grueling 3,000 km five-day race, from Darwin to Adelaide. 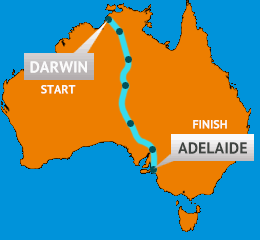 The Nuon car averaged 91.75 km/h, which is similar to the speed conventional cars would achieve on this journey (considering driver fatigue).

Of course, these solar cars are light and not practical for daily commuting. What if there were hybrid solar cars that make use of the sun's energy while being parked outside all day?

Here is Ford's C-Max Solar Energi concept car that was released last year. It has solar panels on the roof, and a system for boosting the energy return from the sun. 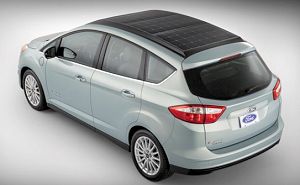 Tom Murphy, associate professor of physics at the University of California, San Diego, has a detailed post on the mathematics behind solar-powered cars.

Schools should spend more time getting students to use their mathematics and science skills in solving the world's transport problems, especially as they relate to energy use and storage. These are certainly worthwhile concepts to inspire students about. Even if students don't end up in such research fields, hopefully it will improve their consumer behavior.

The puzzle in the last IntMath Newsletter asked about circling 6 digits so their sum is 21. Most of the mathematical questions we come across (in text books, especially) have one correct answer, and we feel it's our job to hunt for it, then stop. But this was one of those puzzles where we need to think outside the box.

Plausible answers with explanation were given by:

c. The "traditionalists" (who were certainly not incorrect) stated it was impossible, since an even number of digits when added can only give an even number. These were: George, Hammad, Dennis, Tomas, Argel, Mary, Arthur, and Henry.

So this is like a lot of real world problem-solving situations. There is often more than one interpretation of the "rules", giving more than one plausible solution.

What is the maximum number of times 2 will divide into 50! exactly?

Here are two videos from the PBS Space Time series. These will certainly challenge some of your ideas about how gravity and curves work!

Is Gravity an Illusion?

Can a Circle Be a Straight Line?

There are more videos in this series. You'll see links to them in YouTube.

The 16th century Spanish novelist, part-time tax collector and accountant Cervantes wrote the following. It's as relevant today as it was in his time.