Challenge: Using only a straight edge and compasses,

Don't work too hard on it, since neither is possible. The ancient Greek mathematicians put quite a bit of effort into solving these two problems.

The page has animations of how the curve is constructed, and some background.

I noticed a lot of my students would rather use the Quadratic Formula rather than solving a quadratic by factoring. One big reason for this is factoring can involve an amount of guesswork (finding 2 numbers that add to a certain number, and whose product is another number).

Mathematician Po-shen Loh recently outlined a method (not entirely original, and somewhat similar to completing the square method) which does away with the guesswork.

Desmos, the excellent free online graphing site, is offering some free Webinars over the next few weeks.

There are sessions on 14 Jan, 21 Jan and 28 Jan. Don't miss the links to recordings of previous seminars on the same page.

(b) e-book: A Programmer's Introduction to Mathematics

This is an interesting book, targeted at programmers, which aims to "show how to engage with mathematics".

(a) The Year in Math and Computer Science

Mathematics is not a static thing. New discoveries and ways of thinking about old problems occur all the time.

The discussion about replacing "equality" with "equivalence" is interesting, and reminded me of my rant in The equal sign - more trouble than it’s worth?

We're heading for a "storage crisis". The amount of data generated each year (around 400 zettabytes by one estimate) will mean we won't have enough raw materials to manufacture all the optical and magnetic storage devices needed by the end of the century. We need to find other ways to store data.

One possible solution is to follow nature, and store the massive amounts of data in synthetic DNA. Scientists in Singapore are working on how to reduce the massive costs in such an approach.

(a) The coin flip conundrum

Proability has a knack for throwing up counterintutitive situations.

(This video is by Poh-shen Loh whose quadratic equation approach I mentioned above.)

(b) In the Key of Genius

So it begs the question - are we all born with such abillities and it just happens that some of us get to express them, while most of us don't?

The puzzle in the last IntMath Newsletter involved a substitution cipher. No-one actually had a go at it (I know there are a lot of distractions in December...) so I'll leave it there and give you another chance to solve it. 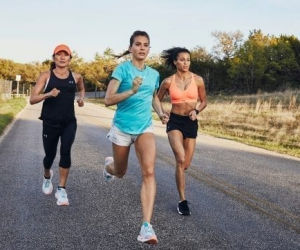 Alana, Bob and Chaitali are running against each other in pairs over a 2 km distance. If Alana can beat Bob by 100 m, and Bob can beat Chaitali by 200 m, by what distance could Alana beat Chaitali (assuming their speeds are constant)? 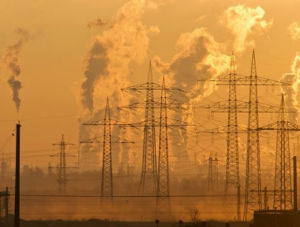 The "real" cost of any commodity should include the negative impacts the extraction and processing of that commodity have on all of us - the environment, our health, our future.

Why are we subsidising fossil fuel companies at all?

There are so many better things governments could be doing with our tax money...