The Simpsons is a popular sitcom that's been running since the late 1980s. There are many mathematical references throughout the show, not a surprise since Al Jean, Executive Producer and head writer, has a bachelor's degree in mathematics from Harvard University.

It includes suggestions for incorporating some of it into lessons.

Dr. Daniel Mansfield of UNSW, Australia studied the "Plimpton 322" baylonian tablet, which is dated around 1800 B.C.E. His conclusion was the Babylonians understood trigonometry more than 1,000 years before Pythagoras, and that it was "better".

There's a short video at the top of that article in which Mansfield explains his view. I was OK with it until around the 1 min 20 sec point where he says, "In Base 10, there are only two exact fractions." Ah, not so. This prompted me to do a bit more digging and I found this scathing critique by Evelyn Lamb of Scientific American:

The lesson: Don't believe anything you read or watch. Always double check the facts with independent sources.

The puzzle in the last IntMath Newsletter was about "lucky" numbers. The correct answer with explanation was posted by JDK. 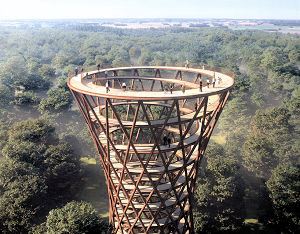 The EFFEKT tower in Denmark is a beautiful structure that allows visitors to enjoy forest views as they spiral to the top.

The challenge is to model the spiral walkway's height, z as a function of x and y. That is, your answer will be in the form z = f(x, y). The dimensions for the tower (in rather small font) are given in diagrams towards the bottom of the page linked above.

Bonus: Graph it using GeoGebra (or a similar 3D-capable grapher). 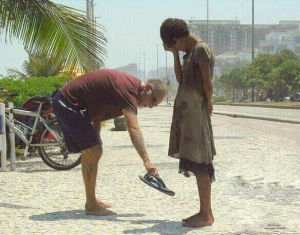 Actions certainly speak louder than words — and even more so than self-perceptions.

"We judge ourselves by what we feel capable of doing, while others judge us by what we have already done."
[Henry Wadsworth Longfellow]