I recently visited Greece and Dubai on a whirlwind trip.

After a long red-eye overnighter on Emirates (which continues to improve), I arrived in Athens mid-afternoon.

My first task in Athens was to find the hotel in the labyrinthine clutter of Plaka, one of the oldest regions of Athens. It's an interesting area that sits in the shadow of the Acropolis and Parthenon.

While Athens has the usual gleaming glassy edifices that adorn most cities, I really liked the unkempt nature of many Athenian buildings. 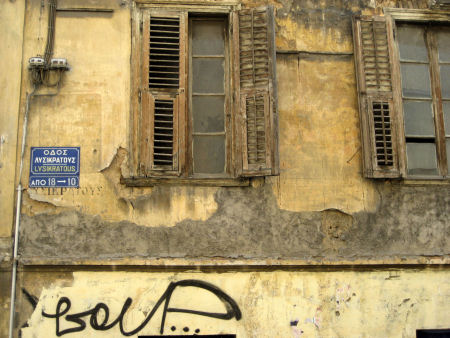 Here's a Plaka house adorned with some classical elements: 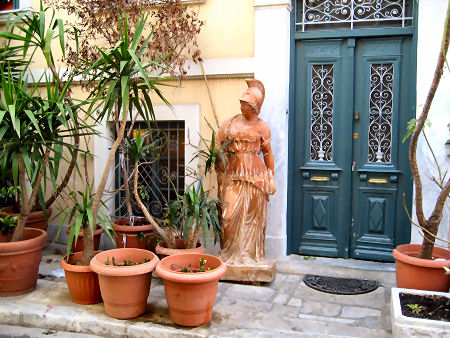 Plaka's main purpose is a tourist magnet, but it does have an attractive character. Here are some masks that were on sale: 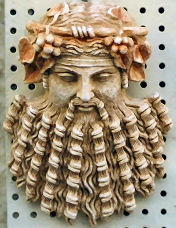 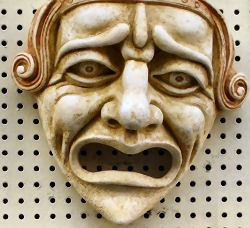 Greek towns were usually built on an easily fortified hill called an acropolis. The one in Athens is rightly famous because of its age, impressive sheer walls and of course, the Parthenon.

These Greek school kids were not very impressed with the whole Acropolis experience. The teacher (in yellow) was having a hard time keeping their attention. 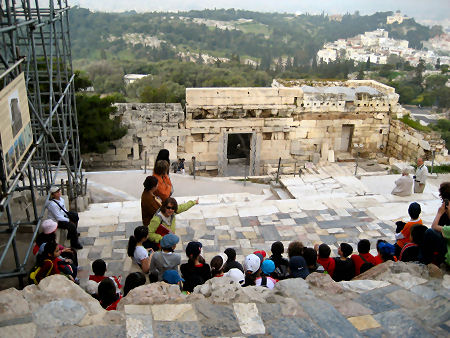 Pollution is a well-known problem in Greece. I expected it and saw it in spades. Lykavittos Hill is almost obscured in this view from the Parthenon. 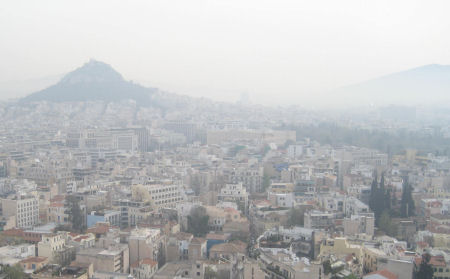 Acid rain plays havoc with the ancient Greek ruins. This detail of a column on the Parthenon shows the decay. 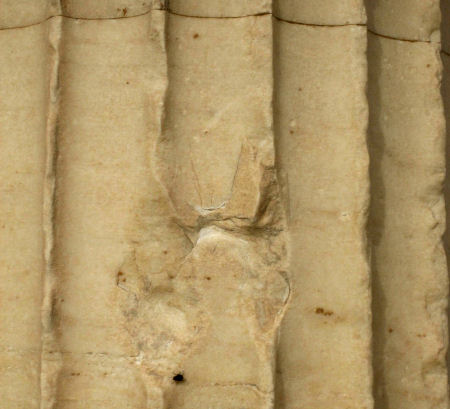 The locals kept claiming that the hazy conditions were due to sand and dust from Africa. I had my doubts until I saw the cars after rain. The yellow colour indicates that its origin is African and not industrial. 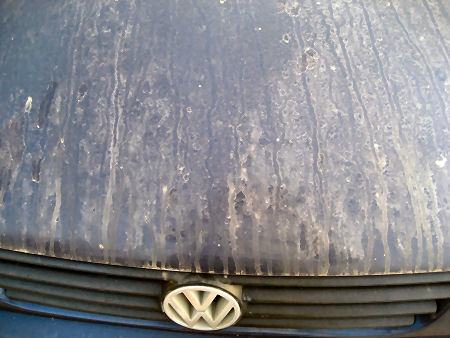 A detail of the roof of the Parthenon. 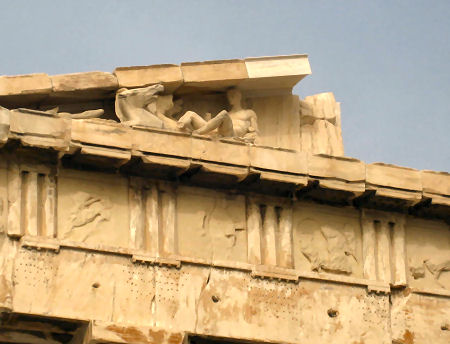 The Agora is the area to the north west of the Acropolis.This is the ceiling of an 11th century church that is incongruously placed among Roman ruins: 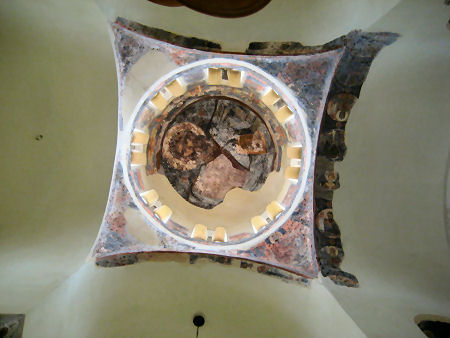 This building was erected by the King of Pergamon in the 2nd century BCE. It is now a museum, having been restored using American money in the 1950s. 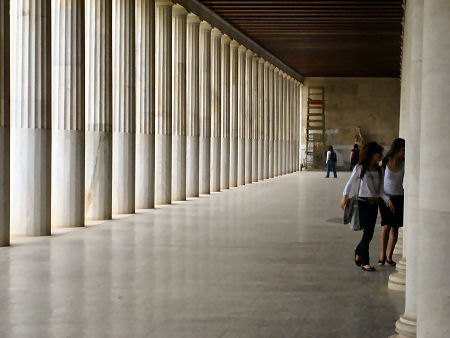 My favourite building in the Agora was the Temple of Hephaistos, built in the 5th century BCE. Here, the school kids were happily engaged in drawing the temple and probably got more out of it than (not) listening to a lecture on it. 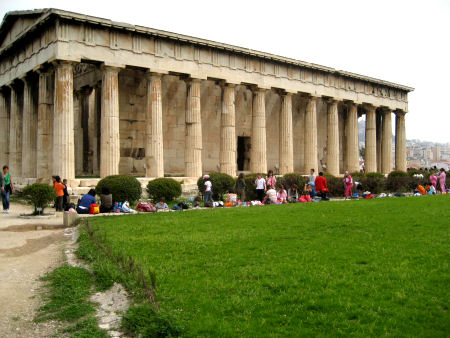 This is a station for collecting recyclable materials. They obviously take it quite seriously. 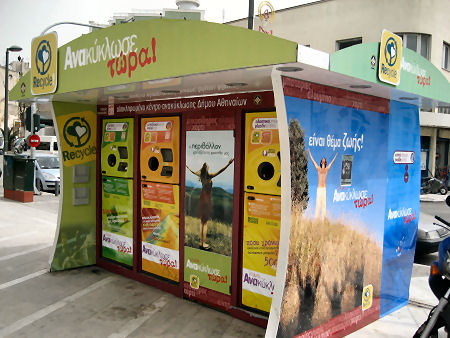 A Greek keyboard in one of the Internet cafes that I frequented. You may recognise the θ, Ω, Φ, Π, Ψ, Ρ and Γ from mathematics. (See also Math? It’s all Greek to me.) 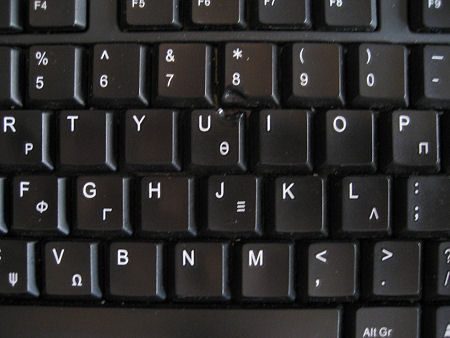 Syntagma Square is a very important symbolic area for the Greeks. This is where major constitutional change was forced on the government via people power in 1843. Syntagma means "constitution".

In the background of this picture are heavily armed riot police. If there's ever going to be trouble in Athens, it's likely to be at Syntagma. 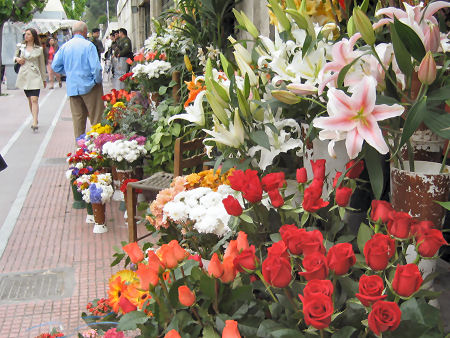 The authorities in Athens made the wise decision to permanently close many of the streets to traffic. I walked for hours and hours through pedestrian thoroughfares and rarely had to cope with traffic.

I enjoyed Athens, but I decided not to go back there after Santorini. I've never been a city person and I felt the Greek countryside would offer me a better experience - and I was right.