A thousand years ago, the Arabic world was amongst the most advanced in science and technology. It was certainly more progressive than Europe, which had already descended into its Dark Ages.

I enjoyed seeing some evidence of early scientific endeavour on my recent trip to Dubai.

Below is a window in one of the historical buildings in Dubai (not 1,000 years old, of course). The pattern reminds me of some of Escher's designs.

Islam forbids any images of Muhammed or Allah, so Islamic art evolved into something that was quite geometric in nature. See also Math of the Moors. 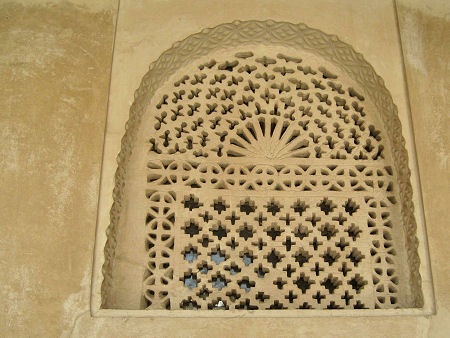 Eastern Arabic numerals are those used by Arabic speakers today. They are a forerunner of our 1, 2, 3, ... number system (called the Hindu Arabic number system). 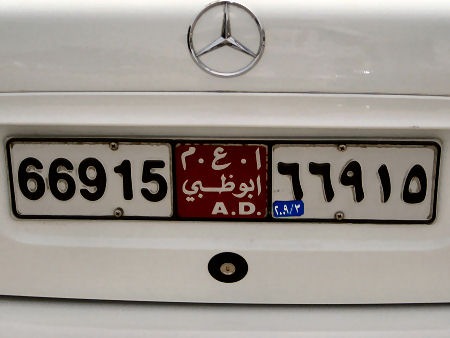 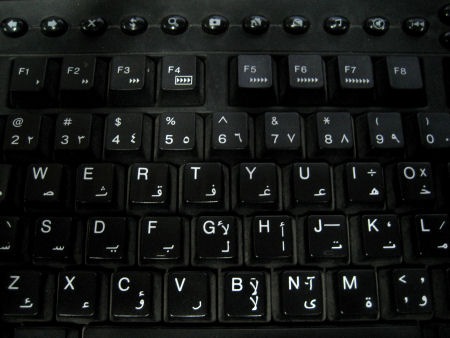 The following sign has some interesting calendar math. On the second last line, you can maybe make out "24" (about 1/3 of the way in, reading right to left) and 1427 is found 2/3 the way in.

"Hijri" is the Islamic dating system, which starts from 622 in the Western calendar (the year Muhammed went from Mecca to Madina). 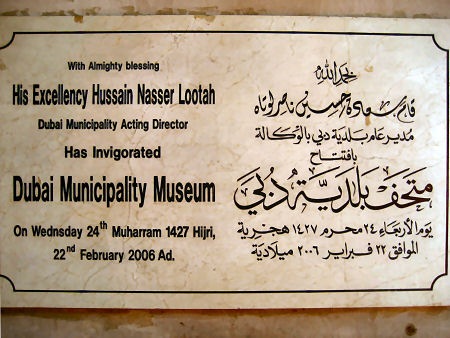 Here's a sun dial on the grounds of a mosque next to Dubai Creek. Dubai is currently building the largest sundial in the world. 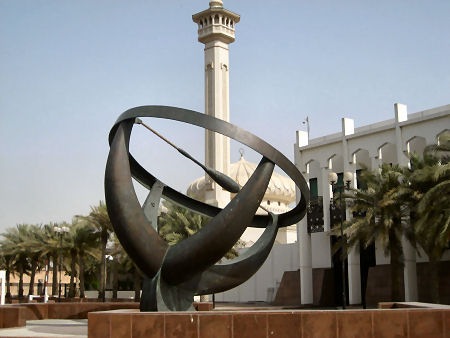 Since Dubai is all sand, the only way they could build anything solid in the early days (according to the museum captions) was to use "sea rocks".

Sadly, these "sea rocks" included coral. One wonders how many reefs were destroyed before they started importing steel, rocks and cement. 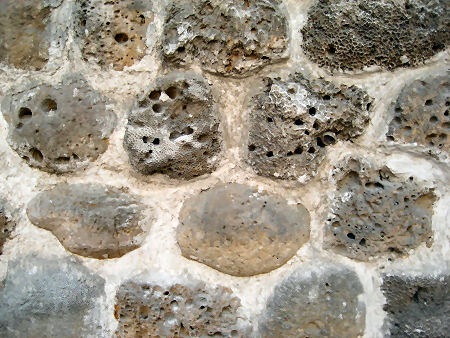 Following is an astrolabe in a museum near Dubai Creek. The astrolabe was used by the Arabs for...

... astronomical studies, as well as in other areas as diverse as astrology, navigation, surveying, timekeeping, Salah prayers, and Qibla. [Source]

"Salah prayers" are the obligatory daily prayers, and "Qibla" means the direction to Mecca. An intricate science was developed by Islamic scholars to determine the exact direction towards Mecca, as it was vital for daily prayers. 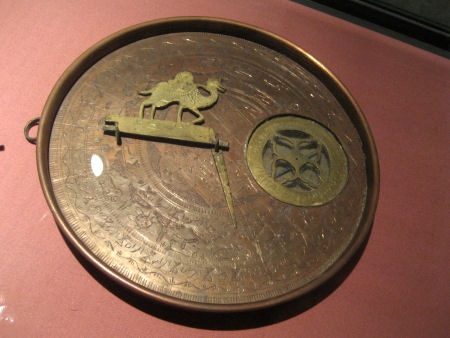 The following 2 photos are of a more impressive astrolabe that was in a hotel near the Burj al Arab hotel. 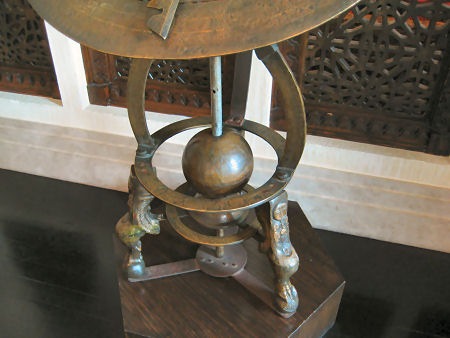 Detail of the astrolabe. 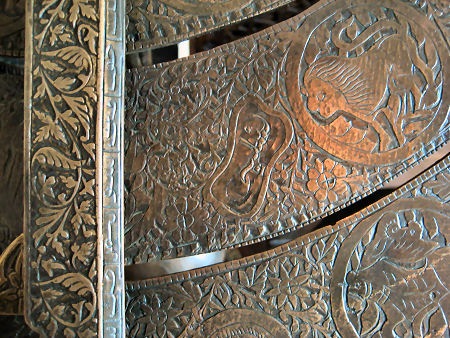 To finish, here is an interesting mix of old and new - satellite dishes on top of an old building near the Gold Souk. 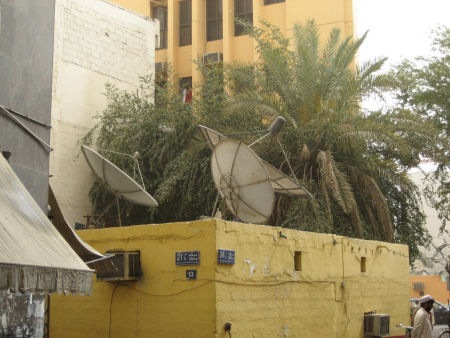 It is sad that religious fundamentalism tends to be anti-science. Such thinking is not confined to portions of the Muslim world - witness the debate over evolution by the Christian right wing in America and other Western countries.

Fortunately, Dubai has put education in science and technology high on its list of priorities.

8 Comments on “Dubai - math and science”