Dubai has extraordinary energy, especially when you consider its difficult environment. Here are some observations from my recent visit there.

The Dubai Creek has been an important centre of trade for almost 200 years. Foodstuffs, electronics and all manner of things were lined up beside the creek, waiting to be taken away by trucks.

There was no visible security (things were left wide open and accessible like this all night) and nothing was covered (it almost never rains). 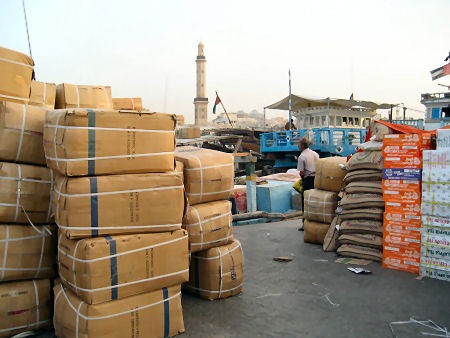 The Gold Souk is a famous market on the north side of the Creek. It was an awesome collection and there were many smiles in the shops, especially as gold was approaching $1000 an ounce at the time. 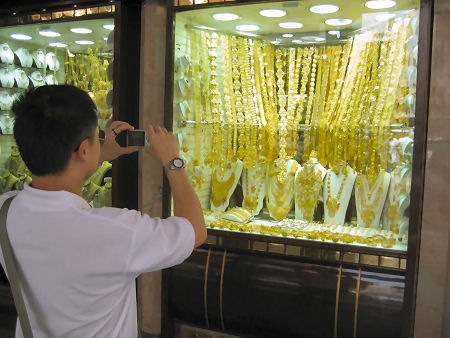 Next to the air-conditioned bus stop (these are common all round Dubai) are recycling bins. I'm not sure how enthusiastically the locals make use of them. 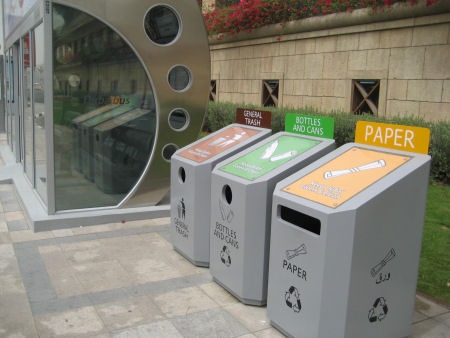 Below is the famous Burj al Arab ("Tower of the Arabs") hotel. All rooms are 2-storey suites, and the cheapest is around $1225 during the heat of mid summer (over 40 degrees every day), through to $7370 for the 2 bedroom suite during the "cooler" months. The rates quoted by one company for off-season and high-season:

For the penthouse suites, rates are purported to be $20,000+ per night. How obscene is that?

I met a couple from Austria and they had just been to the Burj al Arab for lunch as part of their tour package. I asked them what they thought of it. They both paused for a long time and said almost simultaneously that it was just "too much". It is so ostentatiously grand that they didn't feel it was attractive at all.

You can't go in unless you are a customer. I asked the Austrians how much their lunch would have been and they said probably US$150+ if you just went for lunch only. That's OK, I don't need to see inside.

It was a very hazy day when I was there. I don't know how you would feel if you had spent $20,000 to be at the top and then found that you were not be able to see anything... 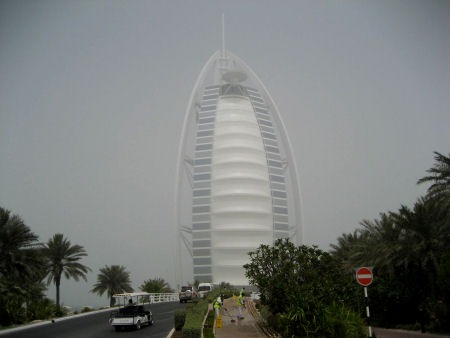 I read somewhere that Dubai's building boom is so frantic that they currently have 25% of all the world's cranes there. I'd believe it. This is a new hotel among the sand, somewhere near the Jumeirah Palm Islands (which you can't see from ground level). 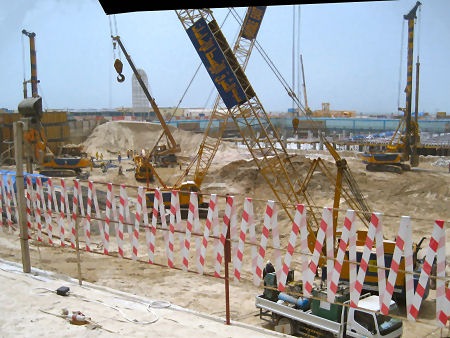 Here's some brand new buildings, looking like the upturned cross-section of an aircraft wing.

My new German friend, who is an engineer, kept saying. "But everything is so new in this country! There is nothing old..."

This is near where the new airport is going to be built. Their existing one is huge already, but hey. 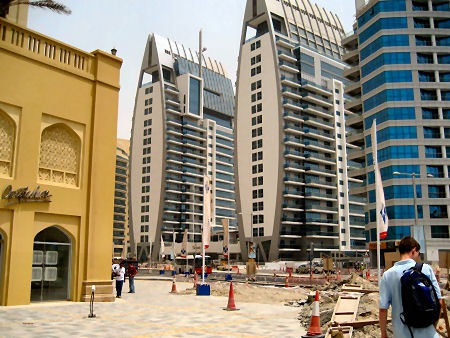 I got into trouble from some security guard for taking this photo of Dubai Internet City. Dubai is putting a lot of money into its IT infrastructure.

Note the superb green grass in this photo. A lot of water is used on small patches of green like this. 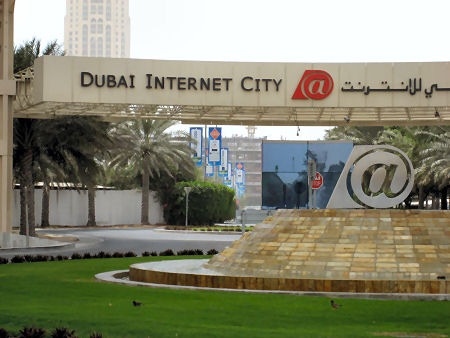 This is Mall of the Emirates, full of very high-end retail outlets. No discount stores in this place, that's for sure. 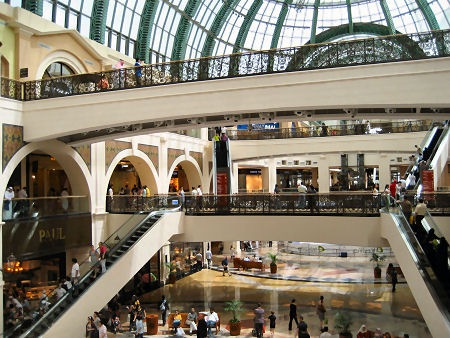 This is Ski Dubai, which is integrated into Mall of the Emirates. There are 5 ski slopes of varying difficulty, and it includes a chairlift. The longest ski slope is 400 m long and drops over 60 m. Dubai likes to see itself as a playground for the rich and the famous... 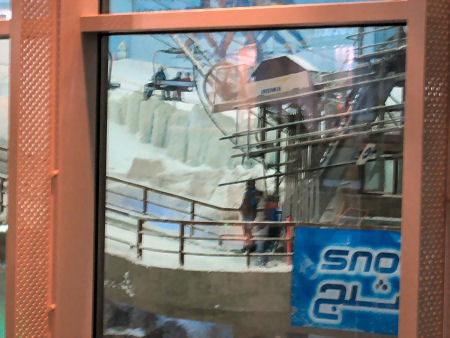 We ended up by mistake at a building which seemed like a mix between serviced apartments and offices. This mirror-clad camel greets customers. 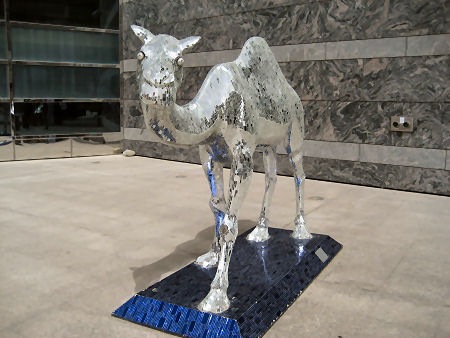 And of course, my Rolls Royce is bigger than yours. 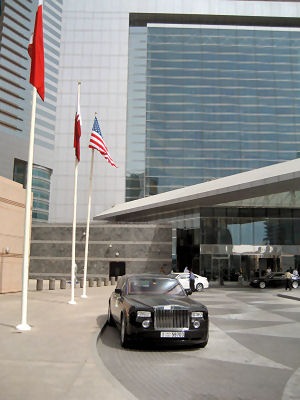 Dubai is a town of superlatives. Biggest this, grandest that, most impressive plans for whatever.

But you've got to hand it to them. They have managed to see potential in a sandy and dusty place and have gone for broke.

I'm not surprised that Donald Trump is moving into Dubai. Trump said, "If you have to think anyway, think big."

And that is certainly Dubai's mantra.