Length of an Archimedean Spiral

This is an example of an Archimedean Spiral, otherwise known as an arithmetic spiral, where the arms get bigger by a constant amount for each turn.

We can see Archimedean Spirals in the spring mechanism of clocks and in vinyl records (used by the recording industry before CDs and MP3s); and in tightly coiled rope. 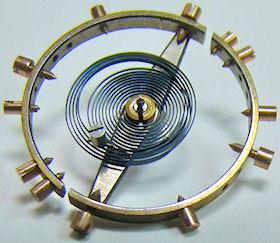 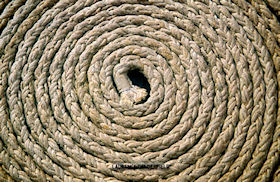 However, her question can't be solved

This was another example of an impossible-to-solve reader question. (Some of them are not possible to solve either because there is not enough information given, the algebra is unreadable, or some key vocabulary is not used correctly.)

In this case, it's not possible because it has a fundamental flaw.

If the inner radius is 5 units and the increase in radius per turn is 0.81 units, then 7.5 turns will give us an outer radius of:

Here's what the spiral with 0.81 radius increase per turn looks like:

On the other hand, if is it important to have the outer radius being 15.5 units, then the increase per turn would need to be:

The increase per turn is 1.4 units.

Finding the Length of the Spiral

Before we can find the length of the spiral, we need to know its equation.

An Archimedean Spiral has general equation in polar coordinates:

For both spirals given above, a= 5, since the curve starts at 5.

For the first spiral,

So the formula for the first spiral is

So the formula for the second spiral is:

Length of the first spiral

We'll use the formula for the Arc Length of a Curve in Polar Coordinates to find the length.

The derivative under the square root is straightforward:

Substituting everything into our formula gives us:

You can see where that final answer comes from in Wolfram|Alpha. It may be possible to find the actual integral on paper (it involves hyperbolic functions), but why waste our lives doing so? We are interested in the length, not pages of algebra!

Length of the second spiral

I've solved the second one as an example in the section Arc Length of a Curve in Polar Coordinates.

So Anantha, I hope that helps to answer your question.

See the 58 Comments below.

58 Comments on “Length of an Archimedean Spiral”