1. How to make math class interesting

Note: I wrote this article for teachers, but I would really like to hear what students think about these suggestions. Which ones would work best for you?

This one has been doing the rounds lately. As a long-time fan of this clever actor - and of math - I appreciated it. 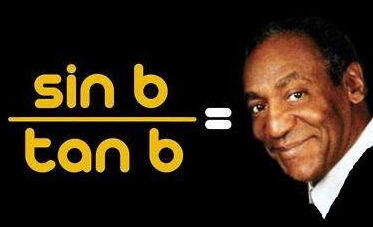 If you don't get the joke, these might help:

[Suitable for: Students who are wondering about their career path, and educators who need to advise such students.]

Many technology companies (in the West) are facing a talent vacuum, especially because fewer students are chosing the "hard" subjects like math, science and engineering. Some companies are taking their own steps to ensure they will have talented workers in the future.

In Google in Education, there is an interesting section on Exploring Computational Thinking. They explain:

Computational thinking involves a set of problem-solving skills and techniques that software engineers use to write programs that underlie the computer applications you use such as search, email, and maps.

There are various resources listed, including:

Google's enthusiasm begs the question - should we teach computer programming to all students ?

Personally, I think all students should at least know the basics of how humans tell computers what to do - even if it's kept very simple.

[Suitable for: Teachers mainly, although students will also get a lot from it.]

Next week (14th to 18th Oct, 2011) there will be a free online course helping you to understand how GeoGebra can be used in your math class.

The moderator of the course is Linda Stojanovska, a GeoGebra expert. See her GeoGebra Wiki.

The puzzle in the 21 Sep IntMath Newsletter is actually a true story (well, most of it).

So the calendar had moved "out of synch" by almost 13 days.

In 1582 the seasons were coming at the wrong time and the Europeans realized they had to do something about it.

There were some other errors in the calendar, so the actual number of days that "disappeared" was 10. In 1582, Pope Gregory decreed that the 4th October would be followed immediately by 15th October.

This new Gregorian calendar, which is called the "new style" (NS), was adopted much later in England on the 2nd September, 1752 (nearly 200 years later), when the error amounted to eleven days.

I have a number with an interesting property:

Find the smallest number that works.

Continuing the theme of companies doing something about their impending talent shortage, here's Intel lending an educational hand.

The 3rd president of the US had this to say about luck. He could have been talking about exam results!

I'm a great believer in luck, and I find the harder I work the more I have of it. [Thomas Jefferson]