I recently gave a talk to a local meetup group on the mathematics behind CSS matrix. CSS stands for "cascading style sheets", and is the system where Web designers can set font sizes, colors, and also set sizes and vary shapes for objects like images and videos.

Matrices are used to transform geometric objects (scale, skew, rotate, translate and so on.) Computer games make extensive use of matrices to simulate depth, 3D objects and so on.

I also developed the following interactive graph applet that demonstrates the concepts in the talk.

(a) Humble Pi: A Comedy of Maths Errors

When I was teaching a group of engineering students some years ago, I went to my boss with an idea. I suggested we incorporate examples of cases where things went wrong, so students would learn the importance of accuracy and the safety issues that can arise out of sloppy and inaccurate mathematics.

He wasn't enthusiastic and squashed the idea, saying it would scare off students from choosing the degree. I felt it was a lost opportunity.

So I was interested when I came across the book "Humble Pi - A Comedy of Maths Errors" by Matt Parker. 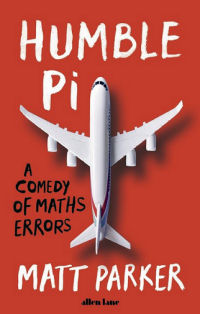 This readable book was exactly what I had in mind when I approached my boss. Let's learn from cases where people made math errors, and see what the consequences were – not to apportion blame, but to learn what can go wrong.

We all make math errors, but usually the worst outcome is a drop in grade, or momentary embarrassment. The people working in science and engineering fields should be aware of why their math teachers insisted on accuracy.

So I suggested the book for the local library, and was pleasantly surprised how long I had to wait before I could read it (it turned out to be quite popular).

I recommend this book for any math student or teacher.

One of the videos below features Parker, covering some of the same errors detailed in the book.

Disclaimer: I have no connection with Matt Parker (other than through Twitter) and receive no commission.

(b) Teachers: Address the questions students are really asking

Some teachers see their job as simply giving out information, but there is no "value add" in that approach, especially since students can easily access such information in abundance.

One thing we can do better while teaching a topic is to actually address the questions students really have about that topic. One approach is to simply ask students what their questions are, and there are a lot of apps and sites that facilitate this process (e.g. Google Forms and Survey Monkey are both easy to use).

Another thing to consider is to look at the questions students are likely to ask, before you even start planning the lessons. AnswerThePublic is a good resource for this.

Topics to try are:

You can choose the "Data" tab at the top of each visualization to get easier-to-read lists of questions, and download the lot as a CSV (for Excel).

Sometimes in this resource you see questions that may seem quite odd, like "Does calculus cause kidney stones?", but "calculus" means "stone" and in medicine, it refers to a build-up of hard substances in the body. I get it on my teeth.

The title "Gaussian correlation inequality" sounds scary, but it goes something like this.

I have a dart board sitting on a rectangular shape, and assume I'm a good dart player. When I throw a lot of darts at it, I expect the accuracy of my throws to form a somewhat bell-shaped curve distribution. That is, most of the darts land somewhere close to the middle, and there are less dart holes as I go out from the middle.

The greater the circle overlaps the rectangle, the probability of striking both goes up.

(a) What Happens When Maths Goes Wrong?

Parker is the Public Engagement in Mathematics Fellow at Queen Mary University of London.

(b) The unexpected math behind Van Gogh's "Starry Night"

Turbulence is one of the most tricky phenomena to model using mathematics. It is complicated and chaotic.

The puzzle in the last IntMath Newsletter asked about radii of mutually tangent circles. In fact, it turned out to be a 3x3 system of equations - it wasn't really a geometry question.

Correct answers with sufficient reasons were submitted by Russell, Nicola, Tomas and Thomas.

This time, some investigation may be involved. 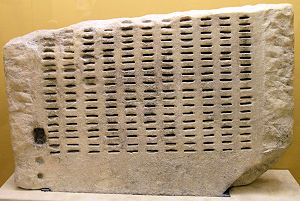 (If you can't actually find it or figure it out, your speculation will prove interesting!)

Equatorial Singapore, where I live, is normally lush and green, and doesn't experience leaf falls as is normally the case for most places in Autumn.

However, this year we've had the driest and second hottest July on record, and practically no rain so far in August causing my local park to look like this: 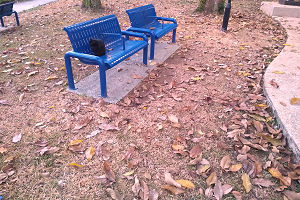 Such dry and hot conditions are caused by a positive Indian Ocean dipole, the situation where the Western Indian Ocean is hotter than the Eastern part, causing hot droughts over Australia and most SE Asian countries.

These make ideal conditions for farmers in Indonesia to set off forest fires in order to plant more palm oil, so there's been many fire hot spots reported there.

Meanwhile, the dry season in the Amazon has been the excuse, along with President Bolsanaro's encouragement, for farmers there to burn vast amounts of the Earth's lungs for ever-expanding methane-producing cattle farms.

In the Arctic, fires across the tundra continue to burn, spewing even more carbon into the atmosphere.

These events are giving us an insight into how things will be if governments, companies and all of us fail to address our land use, our consumption, and our "economic growth at all costs" mentality.

We can stop it, but will we?