I really needed to go somewhere and have a good think.

I flew Valuair to Bali. It was the first time that I have flown with Valuair and concluded that it was a good experience. The leather seats afforded plenty of leg space (not like their rival AirAsia whose seating requires "knees up your nose" for anyone taller than 1.5 m).

Bali is just over 2 hours from Singapore.

It was good to get away from Singapore's haze (this photo was taken a few seconds after takeoff. By the 15-second mark, all visibility was gone. It was an almost cloudless day...): 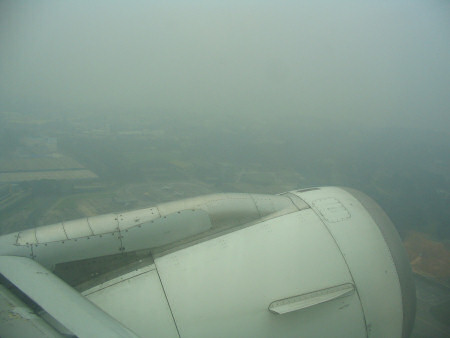 Ubud is the cultural centre of Bali. It is about 1 hour drive north of the Kuta/airport area and is about 1500' above sea level. The number of art and craft shops in Ubud is incredible. Every road leading out of the place is lined with woodcarvers, stonemasons, mask makers, trinket makers, clothmakers and art shops. It is quite extraordinary. 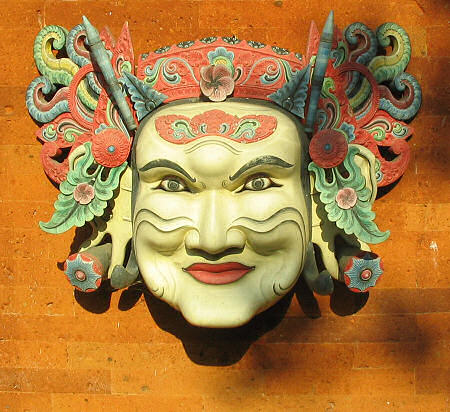 I mentioned to one Balinese guy that it seemed everyone in Bali was either an artist or a musician. He agreed, saying that the skills are passed down within families or villages. In the Neka Art Museum, young guys were sitting around painting and/or studying their English. 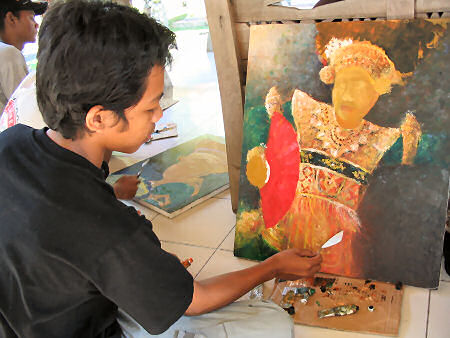 Following is a detail from a modern artwork in the Neka gallery. The detail in this work is quite something. It depicts several stories-within-stories, including the influence and presence of Japanese tourists and a highly stylised Garuda Airlines plane. 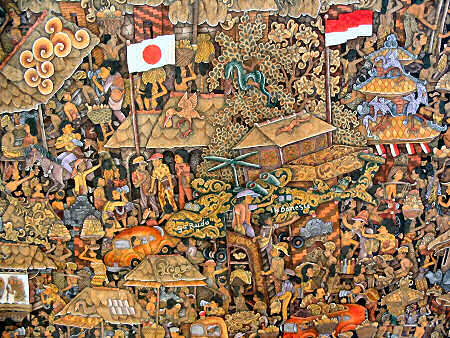 The Balinese kids are gorgeous. 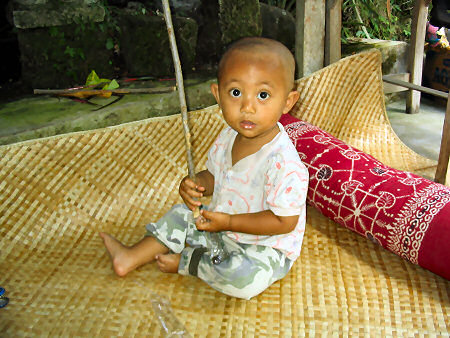 Chillies for sale in the Ubud market: 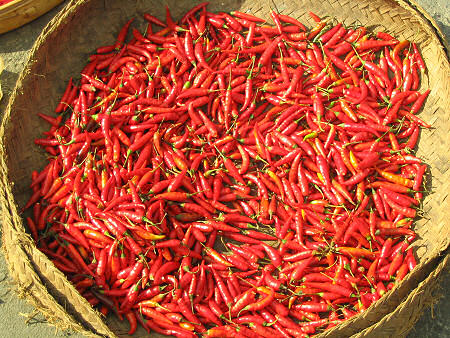 This was an excellent coconut-based fish delight: 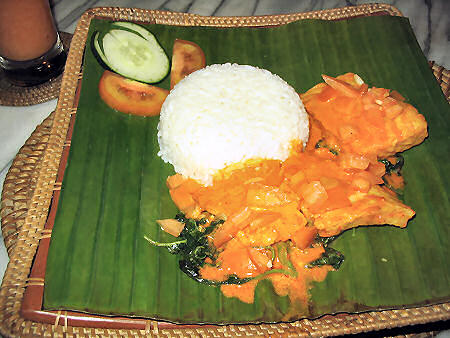 This photo was taken on a (very hot - because it was not tree-lined) walk north of Ubud through the hills. 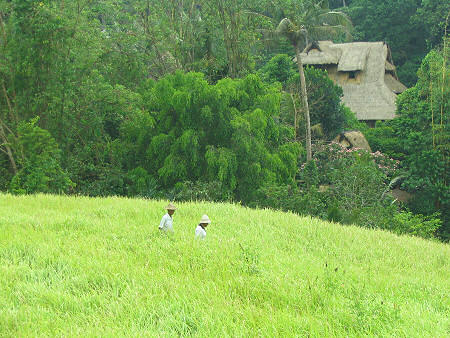 This was the nice scene right next to the Taman Harum Cottages where I stayed. (I was the only guest on the first night). It is a nice place to stay and I would recommend it. 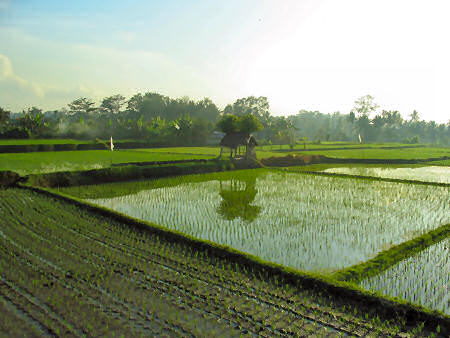 Okay, here is the cliched shot of rice terraces - but it was nice. 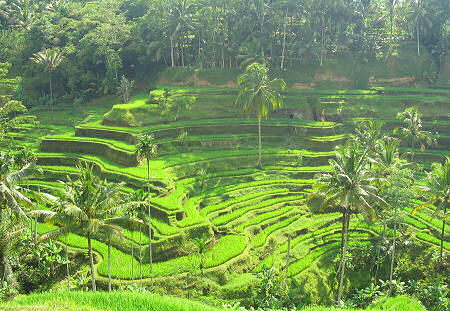 There were many lotus ponds in the Ubud area: 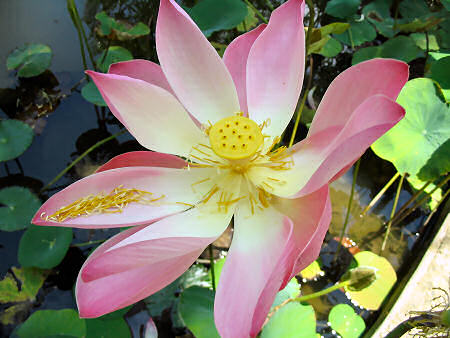 The sad thing about Bali is how empty it was. I saw very few tourists - and many, many empty shops. The busiest months for tourism are August and December/January, apparently. After the second bombing, it is not surprising that tourists have stayed away, butthis hurts the Balinese more than anything.

I asked a few of the locals about the bombings and the response was always the same. They would shrug their shoulders, smile and say "We just need to keep going and try to forget it." Stoic to the end.