How to reflect a graph through the x-axis, y-axis or Origin?

This mail came in from reader Stuart recently:

Let's see what this means via an example.

If you are not sure what it looks like, you can graph it using this graphing facility.

You'll see it is a straight line, slope 3 (which is positive, i.e. going uphill as we go left to right) and y-intercept 2.

Our new line has negative slope (it goes down as you scan from left to right) and goes through −2 on the y-axis.

When you graph the 2 lines on the same axes, it looks like this: 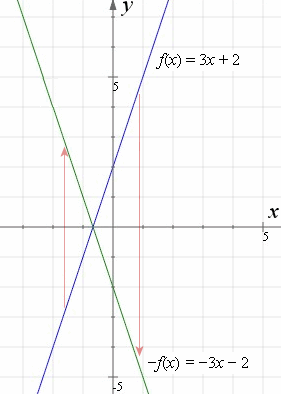 What we've done is to take every y-value and turn them upside down (this is the effect of the minus out the front).

Now, graphing those on the same axes, we have: 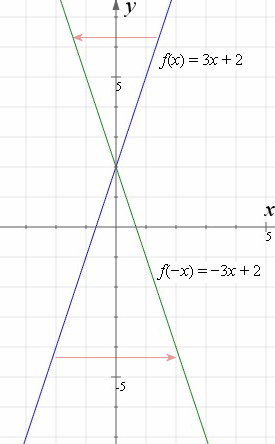 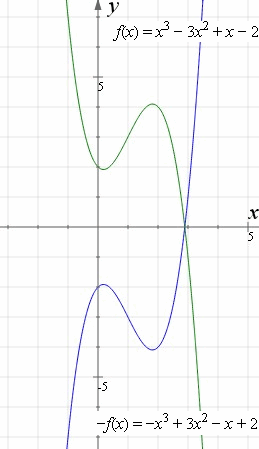 Now to reflect in the y-axis. 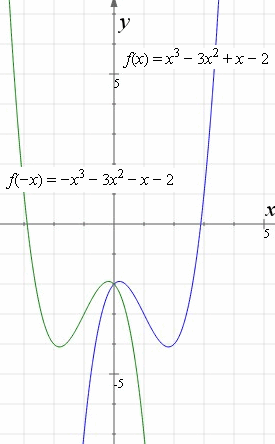 Even and Odd Functions

We really should mention even and odd functions before leaving this topic. 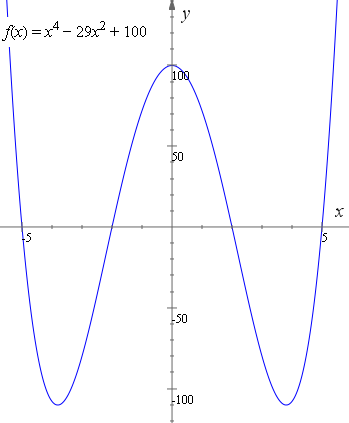 The above even function is equivalent to:

Note if we reflect the graph in the y-axis, we get the same graph (or we could say it "maps onto" itself).

This time, if we reflect our function in both the x-axis and y-axis, and if it looks exactly like the original, then we have an odd function. 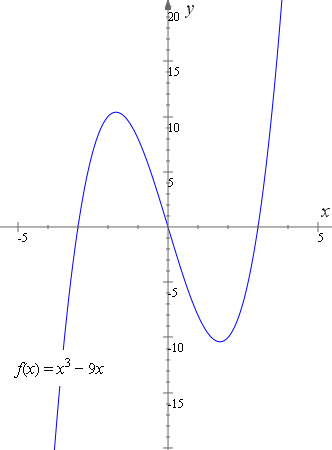 The above odd function is equivalent to:

Note if we reflect the graph in the x-axis, then the y-axis, we get the same graph.

More examples of Even and Odd functions

There some more examples on this page: Even and Odd Functions

Knowing about even and odd functions is very helpful when studying Fourier Series.

I hope that all makes sense, Stuart.

8 Comments on “How to reflect a graph through the x-axis, y-axis or Origin?”