How To Find The Origin of a Line

"Let’s go back to the beginning."

How many times have you heard this line come up in movies, novels, or even had it said to you? Most things in life usually have a beginning, a starting point, or an origin -- even math. One important principle is understanding how to find the origin of a line.

When dealing with graphs in mathematics, we make use of lines and curves. The point at which these variables start is what is regarded theoretically as an origin.

The coordinates of that variable -- or, in this case, the line -- is just the distance between a particular point and the origin. If you are familiar with the y and x-axis, you know that there is always a point where both axes are equal to zero. The y-axis runs vertically, and the x-axis runs horizontally. The point at where they intersect is equal to zero.

In a nutshell, to find the origin of a line, determine the point at which both axes of a coordinate system intersect, and all coordinates equal zero.

Working with a Flat Coordinate Plane

In a two-way or dimensional plane, the horizontal line is the x-axis, and the vertical line is the y-axis. The point at which they meet each other, 0, is labeled as their intersect. At this point, the x-axis and y-axis coordinates are (0, 0).

Introducing the Third Line to the Flat Coordinate Plane

Now that we have established what the origin is in a two-dimensional plane let's add a third line to the mix. This third line is mapped against the x-axis and the y-axis and passes through the origin of the first two lines. This line is often called the z-axis and has the coordinates (0, 0, 0).

In the next example, line z has two coordinates (x1, y1) and (x1, y1) on both axes. If the line cuts directly through the origin, this means that at one point, one of these coordinates is equal to zero. 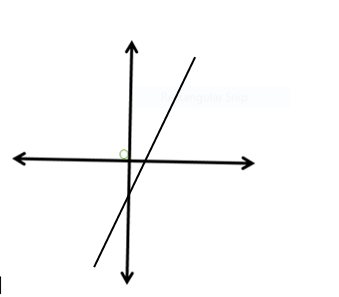 In the figure above, notice how the coordinates of the third line will not be equal to zero. This means that it did not pass through the origin. To find the origin of a line, look for the point at which the intercept is equal to zero. Although most things in life do have an origin, not all lines do. Any line whose intercept is not equal zero did not pass through the origin and therefore does not have an origin.

If you have the formula of a line and the coordinates satisfy the equation x1*(y2-y1) = y1*(x2-x1), then this means that the line passes through the origin which the is origin of that line.

In other words, the point when the coordinates of a line at either y or x-xis is equal to zero is the origin of that line.