Hey Dubya, how many billion dollars a month did you say you were spending in Iraq...? 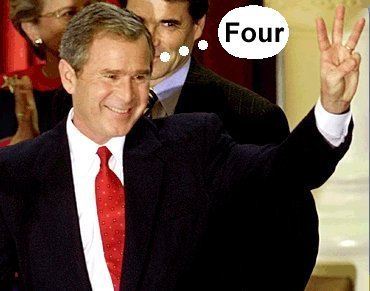 Update (Nov 2014): G. W. Bush was an enigma. Apparently he was extraordinarily sharp in many things (a superb memory for names, and people's backgrounds or situations), but his presidency was filled with stupid mistakes. The only good thing he did was to eventually fire Rumsfeld.

What a great shame the US didn't spend those billions on schools, libraries, teacher training, and skills development. The resulting poverty reduction would actually win them a few friends.

Time to re-think the math...