(a) The object with finite volume but infinite surface area

(b) Flux - a Perlin Noise example

Continuing the Math Art in Code examples, this one uses an interesting range of mathematical concepts.

CalcPad is a free online programmable calculator that's worth a look. Here's a screen shot: 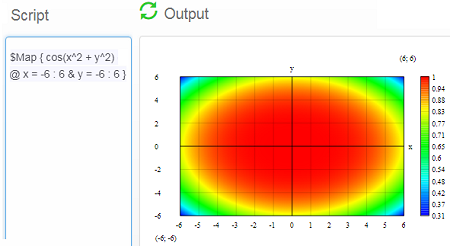 It handles a wide range of function graphs, and its output can be saved to Word or printed.

Donald E. Simanek, Emeritus Professor of Physics, Lock Haven University of Pennsylvania takes a swipe at the often false claims of those who see the Golden Ratio in just about everything from sunflowers to the art of da Vinci.

I'm a big fan of the idea of driverless cars, but there was a tragic accident last week where a pedestrian was killed because the car didn't "see" her. We need better computer vision at night and in fog.

(a) Algorithms: weapons of math destruction?

(b) Where do math symbols come from?

The puzzle in the last IntMath Newsletter asked about the sum of the digits of a particular number.

Correct answers with explanation were given by: Twinomugisha, Thomas, Chris, Getnet, Tom Barrett, JDK, Tomas, and Tom Polak. Most of the solutions used the approach of observing what happens with low powers of 10, then extrapolating.

Good on those of you who used the math input system! (Just a note: If you create your math expression in Microsoft Word then copy into the math system you will encounter problems. Best to type it in directly.)

In the old days when people read books (^_^), they used a book mark to remember where they were up to. Pedro was reading 4 books and his book mark was left in one of them. What is the expected number of books he needs to open in order to: (a) Find the book mark, and (b) Know which book the book mark is in? 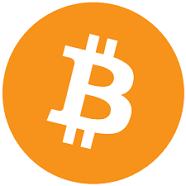 The blockchain continues to fascinate people and consume large amounts of media coverage. Electronic currency does have a cost, however - the vast computing resources required to "mine" a new coin require a lot of energy. Alex de Vries started the ball rolling with some eye-watering estimates, and pri.org tries to make sense of it all. Their conclusion:

The most current and widely cited estimates put bitcoin’s yearly energy use at somewhere between 4 and 35 terrawatt-hours. To put that in perspective, all of Google used about 5.7 terrawatt-hours in 2015. [Source: pri.org]

[Hat-tip to Suzanne Bucknell and PiPo for alerting me to some of the items in this Newsletter.]