Where is the Dow Jones heading?

With all the market volatility at the end of 2008, I needed to update the DJIA models on the page, Dow Jones Industrial Average Model.

I used Excel to draw an exponential curve through the data points for the DJIA, and extrapolated it up to the year 2020. 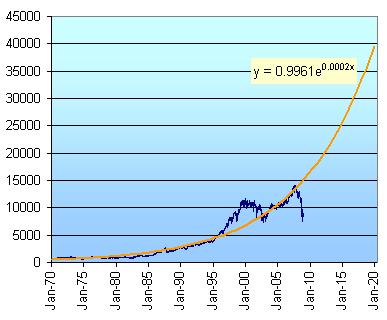 I make the case in the article that the Dow may follow Japan's Nikkei. Since the peak of the late 1990s (fueled by rampant speculation on house prices - sound familiar?), the Nikkei has continued to fall, so that it is now down to where it was back in the early 1980s (or about 80% loss of value). 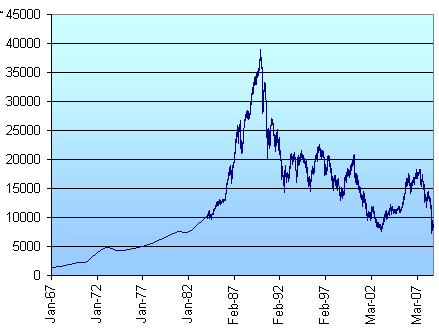 Financial literacy is a very important application of math. People get themselves into all sorts of difficulties because they don’t know how mortgages, interest rates and financial markets work.

A lot of lessons are being learned as the US and UK housing markets unwind, and we face the prospect of massive credit card debt defaults during 2009.