Here's an interesting sculpture made of Reuleaux triangles. 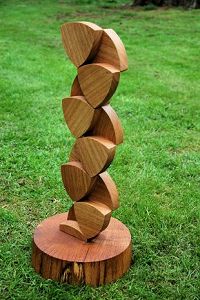 What are these triangles and what are they good for?

How to construct a Reuleaux triangle

We begin with an equilateral triangle PQR and draw arcs from points P, Q and R to the opposite two vertices, as follows: 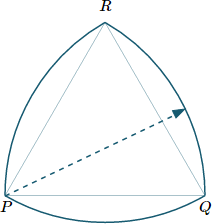 The resulting Reuleaux triangle has quite "pointy" vertices, and we can make them more round via another step.

Extend the original triangle with equal length segments through P, Q and R as follows: 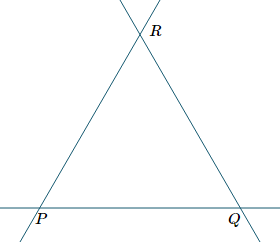 Next, draw arcs through the new end points, and smaller arcs at the vertices, as follows: 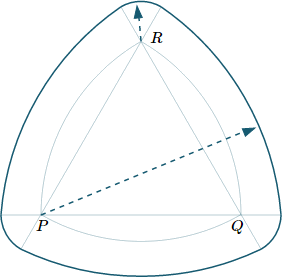 The guitarists amongst you will recognize a guitar plectrum looks quite similar to our Reuleaux triangle: 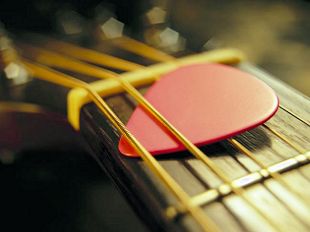 One of the interesting characteristics of Reuleaux triangles is they maintain equal width when rotated. 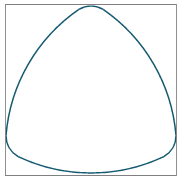 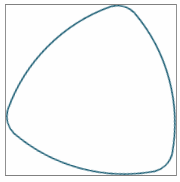 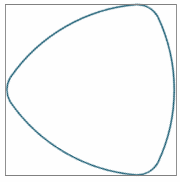 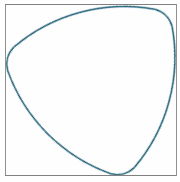 Equal width nature of Reuleaux Triangle - rotated by 15° each time

First conceived in Germany in the 1920s and developed through the 1960s and 70s, the Wankel rotary engine is based on the equal diameter characteristic mentioned above. Rather than having pistons that compress gas and fire the mixture, the Wankel engine performs the same functions with less moving parts, and less weight. 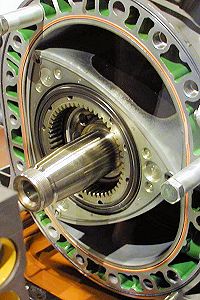 I've always thought the Wankel engine was a clever design and made a lot more sense than piston engines, but it never really took off as a serious contender for the car industry. It's found some other uses in motorbikes, aircraft and more recently, Mercedes Benz has used them in the safety belt pre-tensioner system.

We can construct other shapes that have equal widths when rotated. Here are a few. 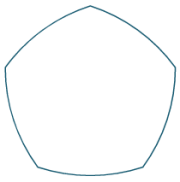 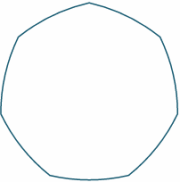 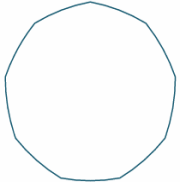 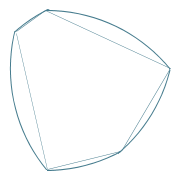 Other Reuleaux shapes based on regular pentagon, septagon and nonagon, with an irregular shaped one as well.

This Chinese invention has a triangular rear wheel and pentagonal front wheel. It needs a mechanism to separate the frame from the wheel, and it apparently takes a fair bit of extra energy to ride it, but it works. 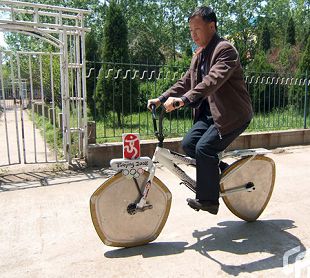 On another light note, Japanese onigiri (rice balls) are most often presented in a Reuleaux triangle shape: 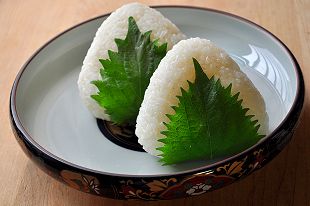 Being that time of the year, I made this Christmas tree entirely using multiple such triangles:

See also the article on the Butterfly Map of the World, based on the same shape.