I am quite impressed with MS Math 3.0. This basic computer algebra system from Microsoft has a multitude of features and comes at a reasonable price (US$19.95).

The interface is well-designed from a usability point of view. A nice feature is that it pre-empts your most likely follow-up action (e.g. asking if you want to find a determinant of the matrix that you just used.) Microsoft normally does not get this aspect right (it is usually too obtrusive), but in this application, they have reached a good balance.

They use a graphics calculator metaphor for the user interface. This aids the input of math notation (always a problem on computers) as well as giving a certain level of familiarity. 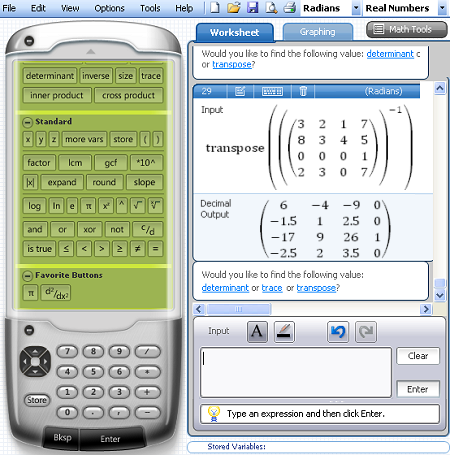 With Microsoft Math, students can learn to solve equations step-by-step, while gaining a better understanding of fundamental concepts in pre-algebra, algebra, trigonometry, physics, chemistry and calculus.

What this means is that MS Math will show you the steps used to arrive at the solution for an equation, as follows:

It gives you a choice whether you want to see the quadratic equation method (part of which is shown above) or completing the square method. What is odd is that it did not offer the factor method, which seems to be the best way to do this particular example.

Anyway, the steps are well explained and they would most probably help a student who needs explanation of every step (and that seems to be the majority).

I am wondering how many students will blindly copy from the Math 3.0 solution into their homework solution. Perhaps a better approach for a learning tool would have been to get students to suggest steps throughout the solution and the tool would give feedback on those steps (this could be done with multiple choice questions.) But such a suggestion adds a lot of complexity to the tool.

Math 3.0 caters for both students and math instructors. Its features include:

A good graphing engine is an essential feature for a tool like this. Microsoft Math 3.0 delivers in both 2 dimensional and 3 dimensional graphs. A 3-D graph appears as follows: 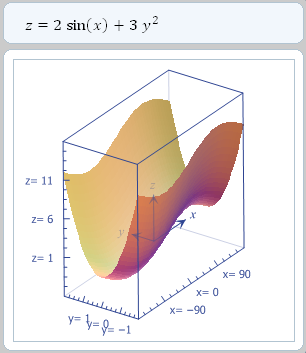 You can rotate the graph around any axis using a tool that looks like:

From similar software, I am more used to dragging the graph itself to rotate it, but this tool allows for more precise rotation and I found myself not getting as "lost" when using this tool, compared to others.

Some graph features can be animated (like "constant variables", for example you can animate the a in an expression like y = ax2.)

You can add a series of data points and produce a scatter plot. 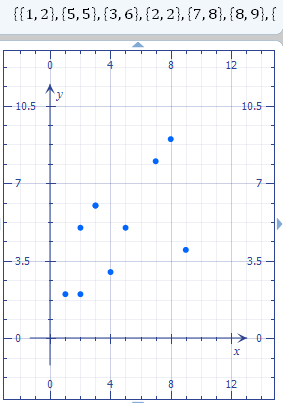 This is okay, but I was disappointed with the following: 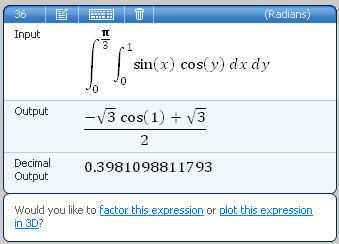 There is a lot to like about Microsoft Math 3.0. However, there were a few things that were problematic.

I do not reside in the United States and I want to download the trial. Are there any special instructions?
At this time the trial of Microsoft Math 3.0 is intended for United States-based users.

Why the non-availability to the rest of the world...? Anyway, I managed to download it here in Singapore with no difficulties.

Depending on your settings, it is posible to produce a graph where the axis labeling is so small that it is unreadable, as in the following actual-size screen shot. 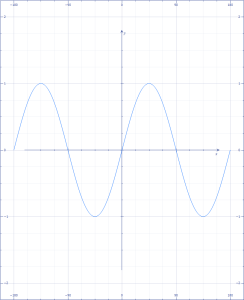 The convention with graphs that involve time is to place the time axis as the horizontal axis. However, Math 3.0 chose the vertical axis for t in the following distance-time graph. 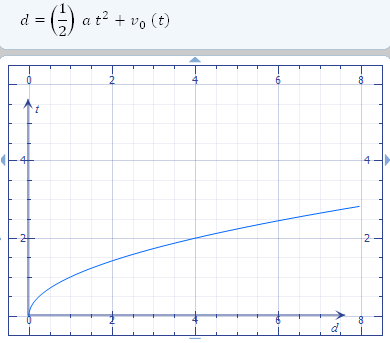 Microsoft has used some of the same input tools as their "Equation Writer" (designed for the tablet PC). However, Math 3.0 is a much better product and it is packed with useful features.

Math 3.0 is certainly worth checking out. If you have ready access to a laptop or tablet PC, and see no need for a graphics calculator, this is a worthwhile product for a cheaper price.

However, I doubt there are many educational institutions that will let students use it in class or during tests. That’s the problem when education plays catch-up, rather than leading technology in education.

See the 30 Comments below.