Math in art - Hokusai’s “The Wave”

Katsushika Hokusai painted The Wave in 1831 when he was in his early 70s. He found himself impoverished after his grandson gambled away his fortune. Hokusai started painting again after he had already retired and given away his name.

The title of his most famous painting is variously translated In the Hollow of a Wave off the Coast at Kanagawa and The Great Wave off Kanagawa. It was the first of a 36-part series of views of Fuji-san.

I have always liked the way that my eye is drawn to Fuji only after I have experienced the rest of the drama of the painting.

I used to live in Kanagawa Ken, so the painting has particular resonance for me.

Hokusai used various mathematical elements in the image, including basing the waves on circles and of course, Fuji is a triangle.

The threatening "fingers" of the wave are fractal-like. The following fractal image is reminiscent of Hokusai's work: 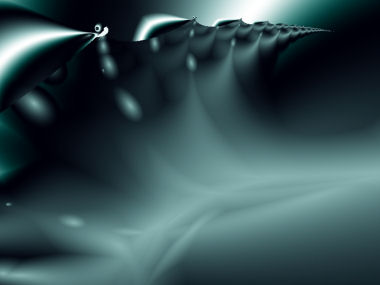 And let's not forget the oarsmen in the boats. Sometime soon, they will surely be smashed to pieces by the wave. By deduction, we can work out that they were in a hurry (more oarsmen than normal) and that they were heading out to sea (an odd thing to do in such conditions).

Wave scientists do not believe we are looking at a tsunami. It is a pyramidal wave, which is apparently quite possible in the mouth of the Kanagawa.

There is a school of thought that believes there is a second image of Fuji in the painting. The other one is actually a visual joke, appearing as one of the smaller waves below the large wave:

Maybe, but I'm not that convinced.

Probably the most remarkable thing about the painting is that it captures a photograph-like moment in time, long before cameras ever appeared in Japan.