My adopted country of Singapore has been badly affected by a choking smoke haze caused by forest fires burning in Indonesia. This article is about the PSI - Pollution Standards Index.

There's a lot going on in each graph (probably too much), but it's possible to turn on and off the graphs so you can see better. (In the trigonometry one, click on the function names under the circle to toggle the graphs.)

The puzzle in the last IntMath Newsletter involved finding the limit of the sum and product of 2 given functions.

The interesting thing about this question is that we normally need to assume the limits exist for the given functions before we can say the limit of the sum is the sum of the limits, and likewise for the products. (See a typical explanation here: Limit Properties.)

In the question, the limit at x = 2 does not exist for either of the functions. 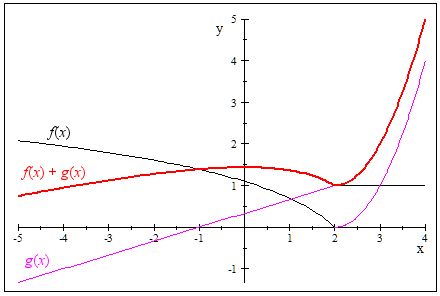 The functions (in black and magenta) and their sum, shown in red.

And now for the product: 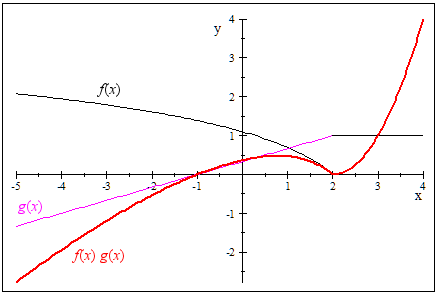 The functions (in black and magenta) and their product, shown in red.

Others of you (Guido, Douglas, hamid and Tim) agreed with the values shown in the graphs above.

We are given an integer x and told it is the square of a square, and that it has 18 as a factor. What is the least value of x?

Sadly, "imagination" is not a word we often hear used in math classrooms. All too often the main thrust is making sure students get the one correct answer. I think math would be a lot more interesting if imagination had more prominence.

This leads me to the following quote by Albert Einstein. If he hadn't used imagination, he would never have come up with the Theory of Relativity.

Your imagination is a preview to life's coming attractions. [Albert Einstein]