3. Math in the news: Riemann hypothesis

Cryptography (the science of secret security codes) depends heavily on large primes, and the distribution of those primes is an important consideration for better security.

Mathematicians have tried to approximate the number of primes less than a given large number, and in 1859 the German mathematician Bernhard Riemann conjectured that it was related to the solutions of the Riemann zeta function, ζ(s). This appears to work (and it has been used ever since), but no one has ever proved it.

There's a $1 million prize waiting for anyone who does manage to solve it.

For other unsolved math problems which also hold out the promise of $1 million, see: Unsolved Math Problems from Wolfram's MathWorld.

The puzzle in the last IntMath Newsletter asked how many solutions there were for an inequality.

Correct answers with explanation were provided by Jeel, Sachin, Gerard and Colin, with a variety of approaches used from pseudocode to listing as a group, or counting by one integer (plus/minus) at a time.

Female bees have two parents (one male and one female), but the drone (male bee) has only one parent, his mother. What is the maximum number of genetic ancestors a male bee would have in the ninth generation back?

When I was a young boy, my father (a research agronomist) used to get my brothers and me to pollinate some of his experimental plots. We'd place bags over the flowers and shake them, so the pollen would do its magic. I think of that experience whenever I read about bee colony collapse disorder.

In Bee decline threatens US crop production, we learn that each year $3 billion of the U.S. economy depends on pollination from native pollinators like wild bees. As bee population drops, the demand for their services rises. 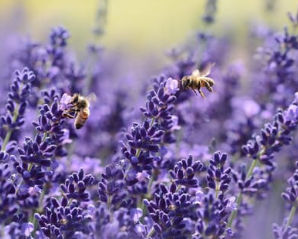 You can read how differential equations are used to map bee populations in this paper (PDF).

I don't think most of us want to be employed as plant pollinators in the future, and since we like to eat, this is a story that's worth following.