The UN can bring peace in the Taiwan Strait

The founding of the United Nations in 1945 was a commitment to peace after years of horrendous war. Now, China openly threatens Taiwan by passing its "anti-secession law", which sets the conditions for the use of force against Taiwan. Only the UN can act as a forum for maintaining security and peace. Please support Taiwan's participation in the UN. 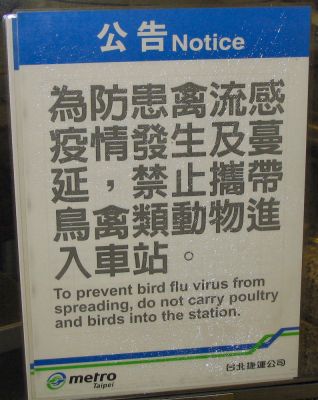 Not surprisingly, there are pro-Falun Gong groups in Taiwan. This one was at the National Palace Museum. The poster is about the self-immolation incident in Tiananmen Square (which Falun gong claims was not suicide):

This one is at Sun Moon Lake: 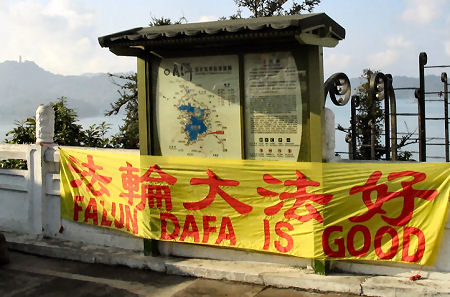 There is some curious English here and there: 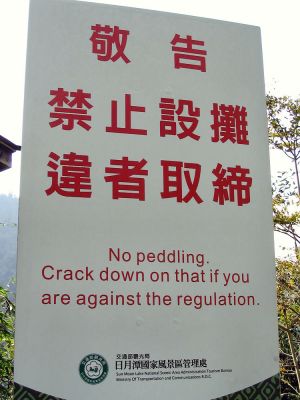 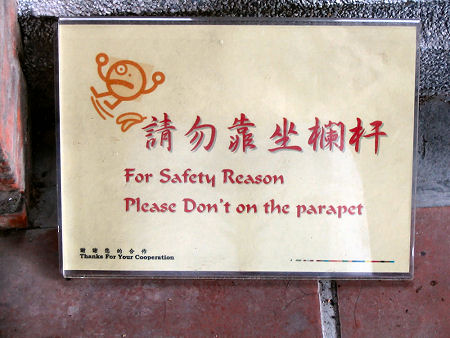 The Taiwanese are much more into recycling than the Singaporeans are: 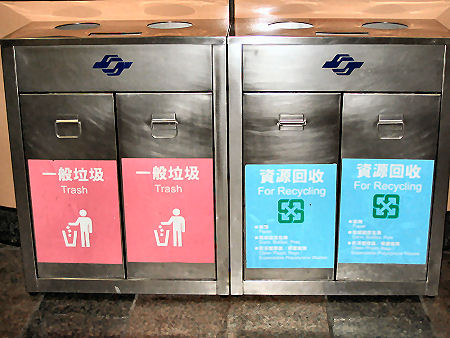 There are many similarities between Taiwan and Japan. This is not surprising, as it was a Japanese colony for 50 years. But one thing that is way better than Japan is the ban on smoking in restaurants: 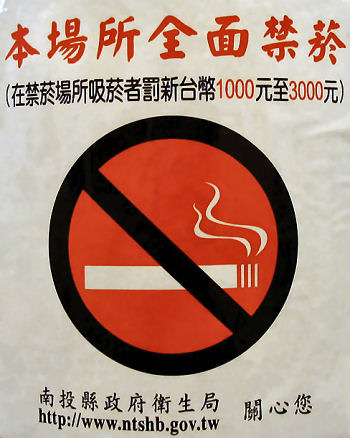