Prius - Beginning of the End?

I would love to see a world which is not so dependent on oil. The Toyota Prius is a very interesting possibility for the end of such nonsense.

I had the pleasure of driving the Prius a few times recently. 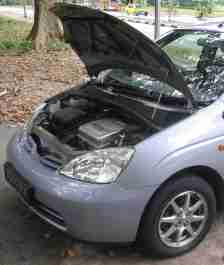 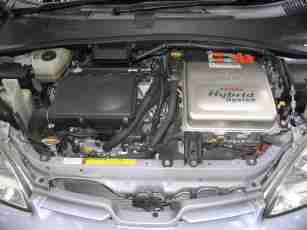 It has an electric motor (which doubles as a generator when the car is slowing down) and a petrol engine (for speeds above 20 km/h). It is a brilliant bit of engineering - it smoothly makes decisions about whether it should use the electric motor (usually from rest) and when the petrol engine should kick in. It also sends power back to the battery, converting the kinetic energy of the car as it slows.

One strange (but nice) thing to get used to is the total silence when stopped at the lights. When there is no energy needed - no energy is wasted - and no pollution is produced.

There is a small LCD screen which keeps you informed about what the car is doing.

It also gives petrol consumption figures, in 5-minute blocks. Sometimes I was getting 1.5 L/100km - this is less than 10% of normal consumption for this Corolla-sized car.

Another oddity with the car is the gear-lever, which looks like a throw-back to the 50s: 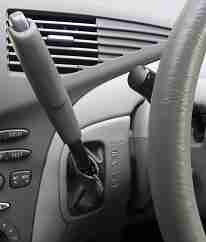 So why aren't there subsidies for these cars? Why do people insist on driving around in huge gas-guzzlers? Oh yeah, I almost forgot - the world revolves around polluting, politically destabalising black gold...