[Hint: This puzzle is related to Earth Geometry that we talked about in the last edition. Solution at the end of this Newsletter.]

A reader asks, "what is trigonometry all about?".

See my reply here: What is trigonometry all about?

3. From the math blog

1) Project Euler
Project Euler has some interesting math questions that require the use of computer algorithms to solve.

3) Friday Math Movie - Math Rules!
This week's math movie was a finalist in the X-Box Competition at the 2007 New York Television Festival. 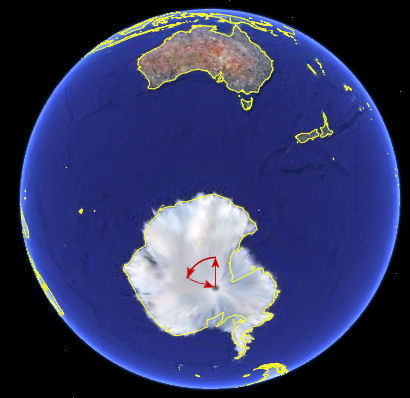 In the picture, it looks like the second and third legs of the journey are not straight. This is one of the intriguing things about Earth Geometry — no lines are straight. (The first leg appears straight because North is straight up on the picture.)

There are 3 kinds of people:

Which kind of person are you?

18 Comments on “IntMath Newsletter - Trigonometry tips and a puzzle”