Use it or lose it

In November my thoughts always turn to my mother. She suffered in the last years of her life from senile dementia. In her final days, she didn't know any of us and had frightening mood shifts. She deteriorated before our eyes and slowly drifted away - a shell of her former self. (Her birthday was in November.) 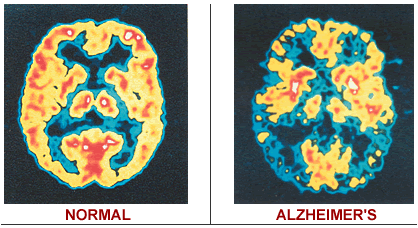 When it comes to good functioning of our brains, a key concept is to "use it, or you'll lose it".

When we're babies, we take in huge amounts of information about the world, but discard (forget) most of it because we find no use for such information. Our brains literally shed thousands of the connections we first made. Another time this happens a lot is in our teenage years. It is also a period of rapid brain development and when something is encountered that has no value, it is discarded.

The next period in our lives when there can be deterioration of brain function is after we retire from the workforce. This is the time when many people go downhill rapidly, because their brains are no longer active every day and they no longer have the (positive) pressure to get up and go to work.

A report published this month in The Journal of Economic Perspectives suggests our brains benefit from work. Researchers at the University of Michigan studied men and women ages 60-64 who lived in several different countries that have different retirement ages. The scientists discovered that people living in countries with later retirement ages performed better at memory tests.

Those who live in the United States, Denmark and England recalled an average of 10-11 out of the 20 words. In these countries, people tended to workd longer. For example, in the US 50% of people were still working at age 60.

However, the average number of words remembered in Spain, Italy, and France, where people retire earlier, were closer to 6-8 words.

Only 10% of the French subjects worked after the age of 60, and there was rioting in French streets over the increase in official retirement age to 62. Perhaps they should be happy, since they will have better functioning brains in later life, and arguably will be more contented.

The researchers concluded that those who challenge their brains throughout life are somewhat protected from cognitive decline. (Here's the actual paper: How Longer Work Lives Ease the Crunch of Population Aging, and a Wall Street Journal article on the topic: Americans Retire Later, but Keep Sharp Longer)

Of course, apart from work, there are plenty of ways we can increase our "cognitive reserve", and one of those ways is to continue learning. We all learn new things every day, but what is the quality of those new things? What challenge does it involve? Does it help to improve the state of our brains or is it just mush?

I'm impressed by the large number of IntMath Newsletter subscribers who indicate they are "retired". Good on you all for continuing to learn, and especially to learn mathematics!