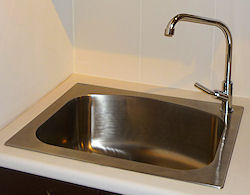 A letter to the editor of the BC Local News, When are college students supposed to learn math? (no longer there), presents the writer's dismay at the low math requirements for several trade courses. ("BC" is British Columbia, Canada.)

D. Whitworth from Courtenay, BC wrote:

I practically choked on my morning toast while reading North Island College’s notice regarding what math levels certain skills need.

I would like to know what person decided that the trades of Welding C, Professional Cook 1, Metal Fabrication, Plumbing and Piping need no math skills except as per ‘assessment.'

I know that NIC is referring to the entry level of training but if students do not know and understand the math concepts at the beginning, then when are they going to learn them?"

Whitworth goes on to say:

"I spent 40+ years in the piping trades and I can assure you that the math that is required is at least to the (so-called) Grade 12 levels. I was required to know how to use algebra, geometry, and trigonometry, not to mention the use of flow formulas, circumference and volume formulas.

How does a student with “no math skills” deal with determining rolling offsets, fabrication of three- and six-piece 90-degree and lateral joints, angles of cut, coverage of sprinkler heads, sizing piping for gas flow, water flow, grades and elevations, etc? All of these require a high degree of math skill."

It turns out Whitworth was a vocational instructor. He moans about the math skill level of high school math graduates and says he...

"...ended up spending a great deal of time teaching the use of pi, square root, volumes and areas, as these concepts were not given to my apprentices at the public school level. I had to sacrifice time that was dedicated to engineering formulas for boiler water treatment, pump capacities, flow and distribution of liquids and gases through pipe, etc.

[...] Math is downplayed and poorly taught at the high school level but is essential to most careers today."

What do the college regulations say?

I did some poking around of the NIC site and found on the Welding course information page:

"In addition to the stated prerequisites secondary school equivalent courses in math, science, physics, and drafting are considered an asset."

An "asset", but not a "requirement". A bit further on it says:

Sadly, many colleges decide to drop math requirements for courses otherwise their numbers drop. These trades really do require good math skills, but administrators usually decide having bums on seats without math is better than having no bums at all.

I can't leave this topic without commenting on the timing for learning math skills like pi, square root, volumes and areas. Isn't it far better that the students learn these in the context of their (real) applications, rather than as some detached and often meaningless topic as found in a text book?

Whitworth rightly complains there is not enough time to do it because of other curriculum requirements.

But maybe some time should be made available for learning of such skills - within the actual context where they will be used.

7 Comments on “Learn math for plumbing?”