It seems we're heading into yet another financial crisis as I write.

What causes these crises? Quite simply, people are greedy and they want what they can't afford. There's always some financial institution that's willing to lend because they're desperate for profit.

It's the same with many governments - the US, Eurozone and Japanese governments are all broke - but they stick their heads in the sand and pretend everything will turn out OK in the end. Trouble is, you eventually need to pay the piper. 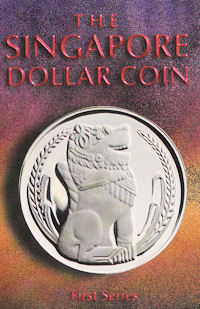 A few years ago I was at some event in Singapore and they were selling a commemorative coin. The packet contained some brief information about the history of Singapore's dollar.

When Singapore was first established by the British in the 1800s, a range of "silver dollars" were in use for trade. These included the Mexican dollar, the Spanish dollar, the Indian rupee and the Dutch guilder.

Singapore then used the British pound, before establishing the Malayan dollar used throughout present-day Malaysia, Brunei and Singapore.

The Singapore dollar (like most currencies) was pegged to the weight of gold (0.290299 grams). This meant any paper money or coins could be exchanged for real gold (or silver).

Most countries went off the Gold Standard in the early 1970s, when President Nixon succumbed to pressure from the French. (The French wanted gold for their US dollar reserves. I won't be surprised if the Chinese start making the same demands on the US in the near future, as Treasurys are seen as losing value.)

The following statement on the commemorative coin caught my eye, especially considering the parlous state of the US financial system:

It seems that not too many of the major currencies can claim they are "100% backed by gold and external assets".

Check this out - US Debt Clock. It shows in real time an estimate of the current debt and compares it to the tax revenue (currently only about 1/7 of the debt).

And don't miss this Visualization of US Debt. A series of US-initiated crises is inevitable.

On the other hand, from the get-go, Singapore has run things very prudently. Their reserves have almost doubled in the last 5 years to around $250 billion. Not bad for a country with 5 million residents and no natural resources.

During the financial crisis of 2008, Singapore drew on these healthy reserves, cleverly kept people in work (by providing a training subsidy to employers) and came out of it growing faster than any other country in the world. Unemployment is hovering around 2% and GDP growth is around 12%. Singapore has a triple-A sovereign credit rating - one of the few countries in the world to have this.

And the US? It just got itself more into debt.

Considering the state of the rest of the world, it certainly seems the 21st century will belong to Asia.