Math got a bad reputation during the Global Financial Crisis, especially when a lot of people were led to believe their investments were low risk. Complex mathematical models were used to pull the wool over many government officials' eyes as well. 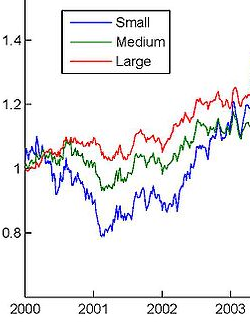 Most mathematics courses include no (or only limited) financial math subjects, which is one reason most people to this day don't understand why the GFC happened.

In this artticle we find out about one of the best-known financial models. It's quite interesting because it involves many different areas of mathematics.

The Remarkabale Story of Risk

I recently read Peter L. Bernstein's book Against the Gods: The Remarkable Story of Risk. It gives an interesting historical perspective on the development of our understanding of probability and risk (especially economic risk), and the mathematics behind this understanding.

I particularly enjoyed reading the contributions of Cardano, Pascal, Fermat, Graunt, the Bernoullis, De Moivre, Bayes, Laplace, Galton, Keynes, and von Neumann. These names appear throughout mathematics textbooks, but we rarely get such a useful insight into the problems they were trying to solve and the context of their theorems and techniques. (Here is a good summary review of the book: Review of Against the Gods.)

Against the Gods was written in 1996, just before the Asian financial crisis in mid-1997, and a decade before the Global Financial Crisis of 2008. In the light of those 2 events, it is well worth trying to figure out why the calamities happened so they can be averted in future.

So, how do we determine the risk of an investment?

One of the most influential theories for determining the fair value of a financial instrument is the Black Scholes model. This allows us to decide how much to pay for an option (the right to buy something in the future at a particular price).

Options have been in use for hundreds of years, particularly in the risky field of agriculture. The farmer wants to guarantee a minimum amount he will get paid for his crop and the buyer (maybe a flour milling company) wants to guarantee supply at a reasonable price.

Options have been around since the Dojima Rice Exchange in Japan, which flourished in the 18th century. The samurai warriors and daimyo (feudal lords) were initially paid in rice, not cash. As paper money became more important, samurai were at the mercy of the rice exchange rate. Hence they developed a system of trading options so they could reduce their trading risks.

This topic is quite relevant today, as food price inflation takes hold once again (the last time was in 2007). "Futures" for agricultural products are experiencing high volatility, and buyers and sellers of such futures speculate on future price movements. Some of this is quite unethical, of course, since artificially inflated food prices cause considerable grief, especially for the poorest and most vulnerable.

How do options work?

A quick summary of that article:

The challenge for both sides is to determine the value of the option. This value will be affected by several things, including:

Here is a quite extensive overview of the mathematics behind the Black Scholes model. The article demonstrates how the model uses:

Here's an example of Black Scholes (from RiskGlossary, no longer available) in action. I've made slight changes to make it more readable:

So by paying $456, the investor obtains the right to purchase those 100 shares at $55. Of course, she hopes the share price of company ABC rises, so she can make a nice profit. If the share price drops, she can just walk away from the deal but she loses her $456.

One of the issues that led us into the Global Financial Crisis was the blind acceptance of such models by many bankers, investors and governments. The Wikipedia article mentions the following important caveats:

[The Black Scholes Model] is widely employed as a useful approximation, but proper application requires understanding its limitations – blindly following the model exposes the user to unexpected risk.

Among the most significant limitations are:

["Hedging" is a legitimate technique for reducing price volatility. Airlines do it all the time with the price of aviation fuel, since they are at the mercy of price rises and currency volatility.]

The Black Scholes Model is an interesting "real-life" application of many types of math, in one of the most important areas for all of us - financial math.

As any good investment advisor will tell you, don't put all your eggs in one basket and the markets don't always go up!