See also the Introduction to Calculus, where there is a brief history of calculus.

What does this mean?

First, let's take an example of a car travelling at a constant 60 km/h. The distance-time graph would look like this:

We notice that the distance from the starting point increases at a constant rate of 60 km each hour, so after `5` hours we have travelled 300 km. We notice that the slope (gradient) is always `300/5 = 60` for the whole graph. There is a constant rate of change of the distance compared to the time. The slope is positive all the way (the graph goes up as you go left to right along the graph.)

Rate of Change that is Not Constant

Now let's throw a ball straight up in the air. Because gravity acts on the ball it slows down, then it reverses direction and starts to fall. All the time during this motion the velocity is changing. It goes from positive (when the ball is going up), slows down to zero, then becomes negative (as the ball is coming down). During the "up" phase, the ball has negative acceleration and as it falls, the acceleration is positive.

Now let's look at the graph of height (in metres) against time (in seconds).

The slope of a curve at a point tells us the rate of change of the quantity at that point.

Important Concept - Approximations of the Slope

Zoomed in portion of graph. 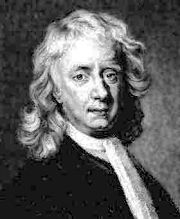 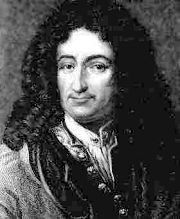 See more in Introduction to Calculus.

Notice that if we zoom in close enough to a curve, it begins to look like a straight line. We can find a very good approximation to the slope of the curve at the point `t = 1` (it will be the slope of the tangent to the curve, marked in pink) by observing the points that the curve passes through near `t = 1`. (A tangent is a line that touches the curve at one point only.)

The units are m/s, as this is a velocity. We have found the rate of change by looking at the slope.

Clearly, if we were to zoom in closer, our curve would look even more straight and we could get an even better approximation for the slope of the curve.

This idea of "zooming in" on the graph and getting closer and closer to get a better approximation for the slope of the curve (thus giving us the rate of change) was the breakthrough that led to the development of differentiation.

Up until the time of Newton and Leibniz, there was no reliable way to describe or predict this constantly changing velocity. There was a real need to understand how constantly varying quantities could be analysed and predicted. That's why they developed differential calculus, which we will learn about in the next few chapters.

Differentiation is also used in analysis of finance and economics.

One important application of differentiation is in the area of optimisation, which means finding the condition for a maximum (or minimum) to occur. This is important in business (cost reduction, profit increase) and engineering (maximum strength, minimum cost.)

A box with a square base is open at the top. If 64 cm2 of material is used, what is the maximum volume possible for the box?

We will return to this problem later and see how to do it in the Applications of Differentiation chapter.

The Approach We Use

The approach we follow here is the same as that discovered historically:

You can skip the first few sections if you just need the differentiation rules, but that would be a shame because you won't see why it works the way it does.

The remainder of the chapter explains how to find derivatives of more complex expressions.

We begin with a look at Limits and Differentiation »