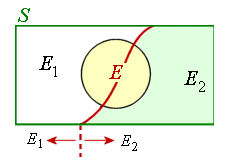 The sample space S is described as "the integers `1` to `15`" and is partitioned into:

If E is the event "even number" then we have the following: 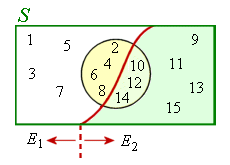 [Recall from Conditional Probability that the notation P(E1 | E) means "the probability of the event E1 given that E has already occurred".]

The probabilities for the situation described above is given by Bayes' Theorem, which can be calculated in two ways:

So for our example above, checking both items of this equation:

We get the same result using the second form:

Bayes' Theorem can be extended as follows:

If E1, E2, ... , Ek are mutually exclusive events forming partitions of the sample space S and if E is any event of S such that P(E) ≠ 0, then 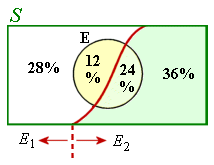 S = "smokers in the district",

E is the event "female". 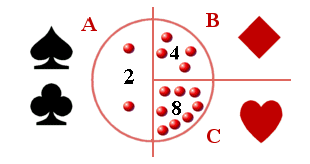 Conclusion: The probabilities add to 1, so we can compute the probability of a specified event given the subsequent event did occur.