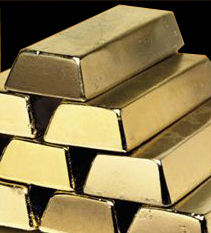 Tom (see the chapter intro) wants to be financially independent by the time he is 50. He will have to invest wisely to reach that goal. Participating in the current gold rush may be one way to achieve this aim.

Gold has captured people's imagination for hundreds of years. Many fortunes have been made (and lost) as people have chased after gold. There were gold rushes in the US and Australia in the 19th century, resulting in rapid expansion of the population and infrastructure development.

After the Soviets invaded Afghanistan in 1980, there was a large spike in the price of gold to $850 (see chart below). After that frenzy, the price dropped and stayed in the range $250 to $500 for 15 years. But gold is on the way up again - and may be set for a huge increase in the next few years as a result of large imbalances in the global trading system - and America's excessive deficits.

The following chart shows the proce of gold, adjusted for inflation, since 1915.

Recessions are indicated in grey. 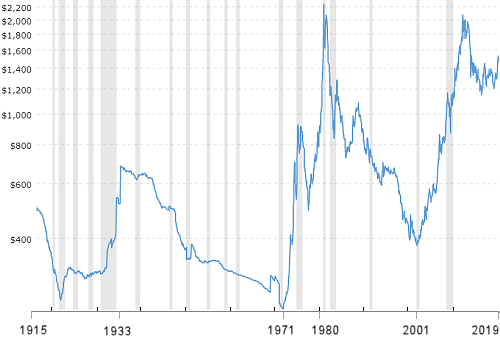 Notice also there is a logarithmic scale for the prices (vertical axis). See more about log-linear and log-log graphs

Here is the most recent yearly chart (updated daily):

Currencies were based on the Gold Standard right up until the Bretton Woods agreement at the end of World War 2. After that, most currencies were pegged to the US dollar. American gold reserves were severely depleted by France and other countries in the late 1960s. By 1971, President Nixon was forced to devalue the dollar against gold by 15%. 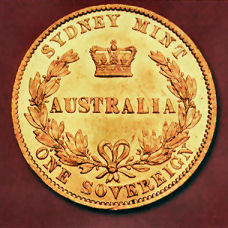 Australia produced 341 tonnes of gold in 2018, the second largest producer after China.

The Math Behind the Gold Rush

There are many forces acting on the price of gold and I will leave the economists to explain further.

However, one interesting piece of mathematics in the above discussion is the candlestick chart. These charts are commonly used in financial analysis. Read the next section, Money Charts and Fibonacci for more.